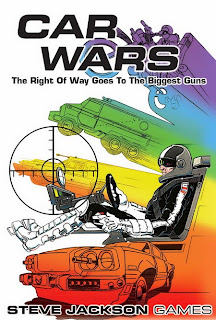 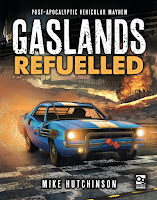 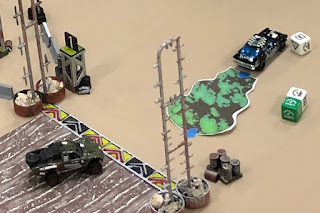 D&D: The Legacy of Gygax and Arneson

A recent article on a gaming site has been stirring up quite a bit of controversy on the origins of Dungeons & Dragons. Following off the release of Secrets of Blackmoor, the article challenges the accepted history of the creation of Dungeons & Dragons. In the article, there is a strongly implied theme that Gary Gygax rode the coattails of Dave Arneson's idea of a role-playing game and took all of the credit.

The truth is a lot more nuanced.

In the article, there are several historical events that are presented in such a way that to make it sound like Gary stole Dave's ideas and then didn't give him any credit. This bends the truth significantly and there are multiple literary sources and original TSR employees around that can corroborate actual events.

The biggest problem with the article is that it is written in a very biased manner meant to tear down Gary Gygax instead of uplift Dave Arneson. Author Cecilia D'Anastasio herself directly stated, "I am a diehard D&D fan who seriously dislikes Gygax and his legacy." It is unfortunate that is not written at the top of the article, because that tells you most of what you need to know.

The original (white box) Dungeons & Dragons was a true collaboration between Gary and Dave. However, Dave left TSR (was not forced out) prior to the development of Advanced Dungeons & Dragons and the other Basic D&D sets released from 1977 onward. It is a shame that these two amazingly creative men fell out due to business issues, but that can (and often does) happen with any creative endeavor.

So, absolutely lift a glass in memory of Dave Arneson and his early contributions to the game and genre. There is no doubt his ideas were a significant factor in the development of D&D as a table top RPG. However, Gary carried those ideas onward making a viable product for years to come. There is no need to attempt to tear down Gary Gygax in order to properly salute Dave. Dungeons & Dragons as a game could not have existed without both of these men.

For more information on the history of Dungeons & Dragons, I recommend the following:
Playing at the World by Jon Peterson
Designers and Dragons by Shannon Appelcline
Art & Arcana: A Visual History 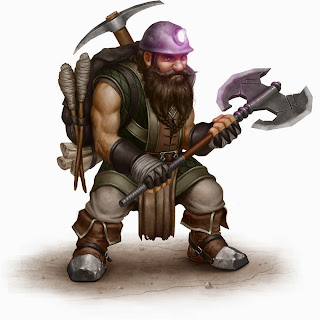 In creating B/X-5, a 5th Edition homage to early D&D, I've tried to engender the spirit of the early Basic box sets while not being a "retro-clone". As such, I've tried to model Race-as-Class in such a way that also incorporates D&D 5th Edition class design. My updated idea of the Dwarf as a 5th Edition class combines some elemental magic with a touch of divine warrior, so it's a bit of a divergence from a B/X Dwarf. Significant play test will be required to test the power curve on this class.

You can also check out the work-in-progress B/X-5 rules as well as the my design log for the Elf class.


Ability Scores. +2 to either STR or CON. +1 to one other ability score.
Speed. Your base walking speed is 25 feet.
Dungeoneer. You gain Advantage on Investigation or Perception rolls related to earthworks, stonework, or clockwork mechanisms, especially as related to traps, secret doors, concealed doors, sliding walls, slanting passages, etc.
Low Light Vision. You can see in dim light within 90 feet of you as if it were normal light. In non-magical darkness, you can only see the outlines/silhouettes of creatures or objects within 30’.
Languages. You can speak, read, and write Common and Dwarf.

Spell Slots per Spell Level
** Specialization Talents are like mini-feats, giving a small bump to a PC's melee, ranged, or spell abilities. They are less powerful than 5th Edition Feats, so B/X-5 classes get the full ability score bump in additional to a Talent. 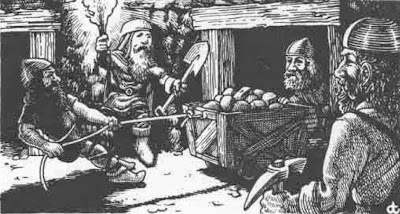 Light Cantrip
Also at first level, you are able to cast the Light cantrip as an action twice without expending a spell slot. This feature recharges after a short rest or long rest.

Spell save DC = 8 + your proficiency bonus + your Wisdom modifier

You prepare the list of spells that are available for you to cast, choosing from the Dwarf spell list. When you do so, choose a number of Dwarf spells equal to your Wisdom modifier + half your level, rounded down (minimum of one spell). The spells must be of a level for which you have spell slots.

Warding Flare
At 2nd level, you can interpose a spark of light between yourself and an attacking enemy. When you are attacked by a creature within 30 feet of you that you can see, you can use your reaction to impose disadvantage on the attack roll, causing light to flare before the attacker before it hits or misses. An attacker that can’t be blinded is immune to this feature.

You can use this feature a number of times equal to your Wisdom modifier (a minimum of once). You regain all expended uses when you finish a long rest.

Elemental Domain Spells
Your connection to the elements of earth and fire grant you certain spells.  that do not need to be prepared. Once you gain a domain spell, you always have it prepared, and it doesn’t count against the number of spells you can prepare each day.

Stoning Smite
Starting at 3rd level, when you hit a creature with a melee weapon attack, you can expend one spell slot to deal force damage to the target, in addition to the weapon’s normal damage. The extra damage is 2d8 for a 1st-level spell slot, plus 1d8 for each spell level higher than 1st, to a maximum of 5d8.

Extra Attack
Beginning at 5th level, you can attack twice, instead of once, whenever you take the Attack action on your turn.

Improved Flare
Starting at 6th level, you can also use your Warding Flare feature when a creature that you can see within 30 feet of you attacks a creature other than you.

Soul of Stone
Starting at 7th level, your connection to earth and fire grant you the following features:
• You gain resistance to fire damage.
• While wearing heavy armor, you gain a +1 bonus to AC.

Skin of Stone
At 10th level, you can channel elemental energy to make your skin as hard as stone. As a bonus action, this feature grants the Dwarf has resistance to non-magical bludgeoning, piercing, and slashing damage for 1 minute. This feature recharges after a short or long rest.

Improved Stoning Smite
By 11th level, you are so suffused with elemental might that all your melee weapon strikes carry elemental power with them. Whenever you hit a creature with a melee weapon, the creature takes an extra 1d8 force damage.

Please let me know if you have any suggestions or feedback in the comments. Thanks!
Posted by Raging Owlbear at 4:48 PM No comments: