The Weird and Wonderful World of D&D Merchandising


In the 80's at the height of its popularity, Dungeons & Dragons was somewhat known for its vast and sometimes odd licensed product tie-ins. Back in the day, there were the standard items like puffy stickers, action figures, model kits, and beach towels... but there were also some pretty far out stuff like official cross stitch patterns and even a wood-burning kit!

Well, everything old is new again. With the exploding popularity, new product tie-ins are bound to pop up and many have. Some are obvious and expected, while others are maybe just a little off. And of course, there are also those few that are less-than-officially-licensed.

This week I'm taking a look at a few items that might make good gifts... or at least good gag gifts for your Dungeons & Dragons loving friends. 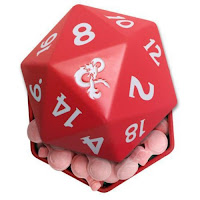 Last year, there was an unexpected splash when Wizards of the Coast partnered up with Nerds candy. There were even several single-player, single-DM adventures published along with the candy if you turned in your proofs of purchase. You can still find some of the D&D Nerds online, but I don't believe you get those adventures anymore... well, unless you don't know how to Google, that is.

But did you know there was another over-priced candy tie-in? Apparently, you can get some tiny cherry sours in the shape of healing potions in a Altoid-esque d20 tin. You should probably skip the reviews if you're going to dole out about $7 for what amount to a few rolls of Smarties (and a quite stylish, but also quite small tin).

Some other product reskins aren't too surprising given Hasbro's domination of the board game industry. Dungeons & Dragons CLUE is not even such a terrible idea. Murder mystery games are always fun and CLUE is a classis family game... even if it does involve murder. D&D isn't exactly known for non-violence anyway. 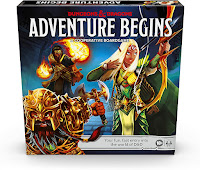 D&D Monopoly, on the other hand, is not quite as good a fit. I mean you buy monsters, I guess? And then rent them for... people to put in their dungeons, I suppose. It seems it's a cottage industry in Faerun, apparently. I am hesitant to recommend Monopoly for any family game night as actual violence may erupt. Perhaps avoid the bloodshed and tears and get the cooperative D&D Adventure Begins game instead.

Back in the day, it wasn't all that uncommon to keep all your D&D related paperwork in something like the classic Trapper Keeper. Unfortunately, there is no D&D branded Trapper Keeper... yet (Are you listening, Wizards?). But that doesn't stop you from decorating you notebooks and binders with D&D stickers galore. 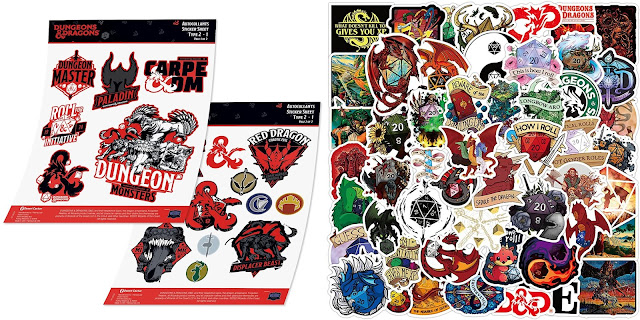 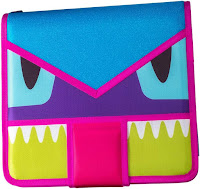 Of course, I'm not certain all of these are officially licensed properties, so you may want to get your hands on some before Hasbro's lawyers do. In any case, even if we don't have an official Trapper Keeper, you could always pick up something that looks a wee bit like a Binder of Devouring.

I was really hoping to find a beach towel because I missed out on the classic AD&D version. Though there were some pretty cool dragon related beach towels, I didn't find anything specifically branded Dungeons & Dragons until I found this pretty rad dish towel!

And while we on the subject of house wears, along with your dish towel, you can also find some D&D throw pillows and a fuzzy D&D throw blanket for your D&D futon couch.

And as long as we're lounging around the house, you'll want to make sure you have some D&D pajamas. I mean, t-shirts are old news. If you're going to go for the look, you have to have the D&D hat, D&D hoodie, D&D socks, and the D&D underwear. To get that butt, I'm going to need a D&D treadmill.

Lastly though, if you're going out, bring your D&D wallet secured by an enchanted chain giving Protection from Pick Pockets (and most probably Protection from Women). Also, don't forget your D&D umbrella in case of rain... or Acid Splash. 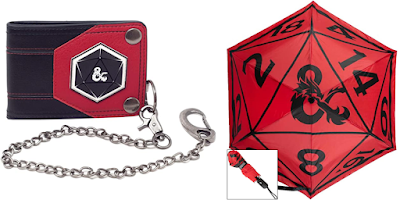 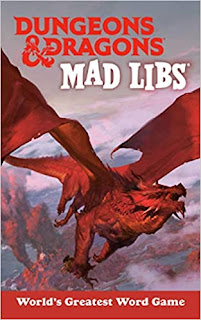 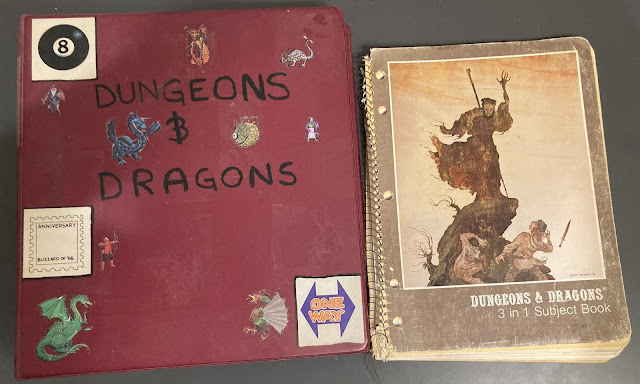 Not gonna lie... the D&D postcard set is pretty cool. 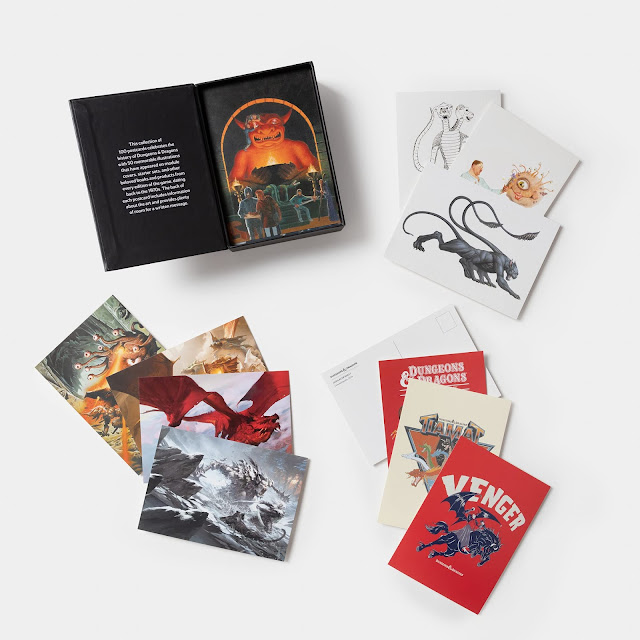 Posted by Raging Owlbear at 12:01 AM No comments:

It's been a year (!!!) and it's way past time to update what's going on in SKT. In this video I talk about the ideas I had for the Golden Goose and the Morkoth... and how to spice up those encounters to build tension and fun as the group closes in on the end game. I hope you can use some of these ideas for your own table. Timestamps and some pics from my crafting follow. 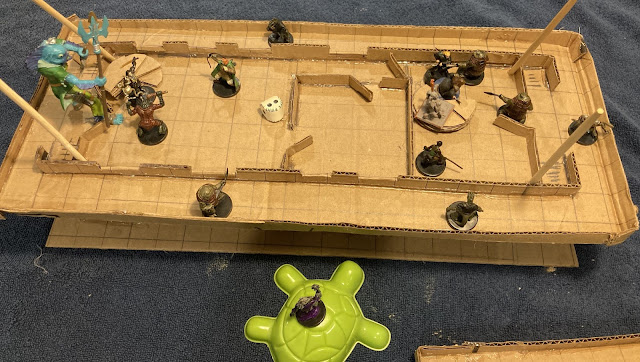 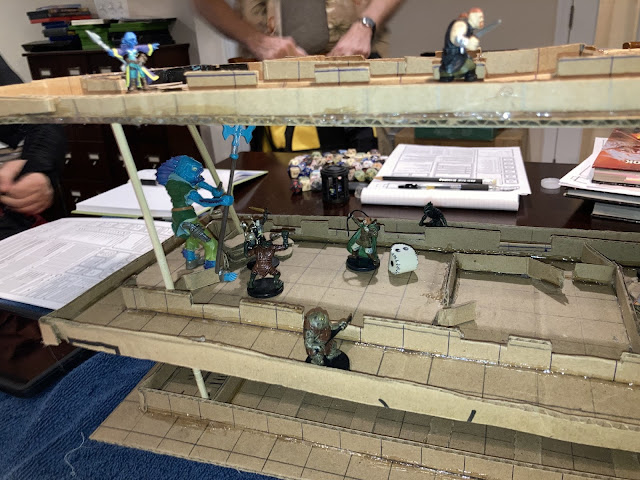 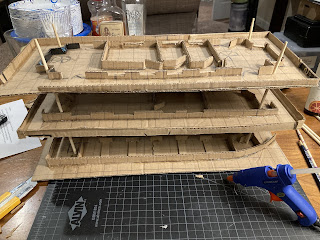 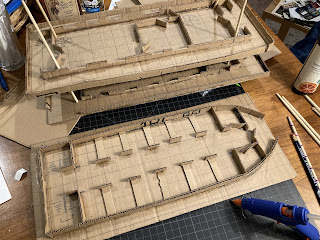 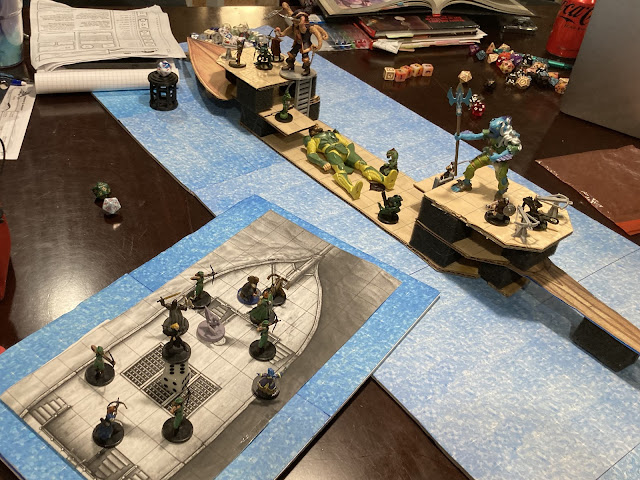 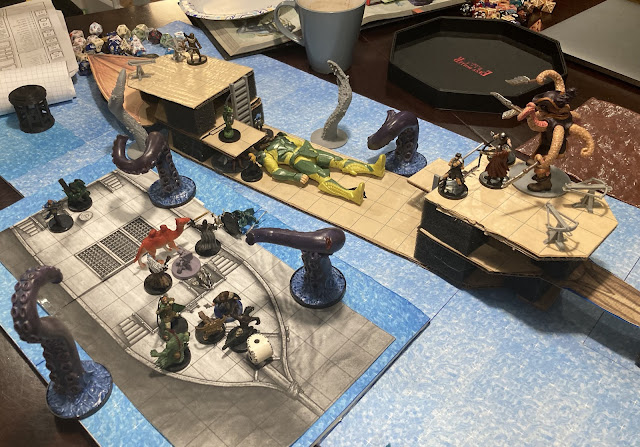 Posted by Raging Owlbear at 3:57 PM No comments:

D&D: Brace yourselves. Dragonlance is coming!

This week's D&D Unearthed Arcana article points convincingly toward a new book for Dragonlance. Given that Wizards has already said they will revisit classic settings this year, there is high chance one will be Dragonlance.

So what do you think they will do with the setting? I have some thoughts and speculations on that. Also, how can you play in the world of Dragonlance *right now* even before a book is released? I'll tell you! (...around minute 21) Timestamps below.

Posted by Raging Owlbear at 2:01 AM No comments:

The One Ring Unboxing

Unboxing the The One Ring, which recently released in its second edition by Free League publishing, who also publishes such RPGs as Tales from the Loop, Alien, Twilight: 2000, and Forbidden Lands. I browse the Starter Set contents and Core Rule as well as discuss some of the changes in the game between the first edition and second edition. Timestamps below the video.

Email ThisBlogThis!Share to TwitterShare to FacebookShare to Pinterest
Labels: D&D Alternatives, RPG, The Hobbit, The Lord of the Rings, The One Ring, TTRPG
Newer Posts Older Posts Home
Subscribe to: Posts (Atom)