You don't need to spend a fortune to put some cool visuals on your table. If you're playing on the grid there are cheap and easy ways to put a little pizzazz into your encounters.

In this episode, I review the various inexpensive terrain solutions from off-the-shelf dungeon tiles to do-it-yourself paper and styrofoam crafting. Links to resources are below the video.

Pictures from some of my adventures in crafting: 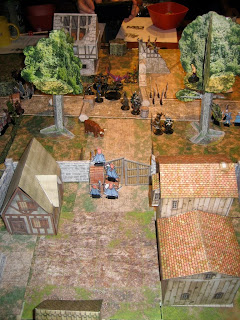 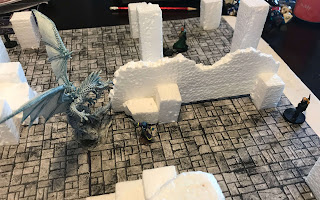 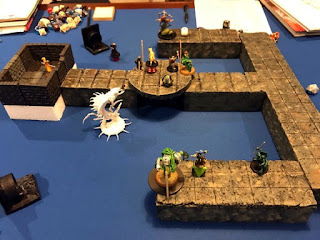 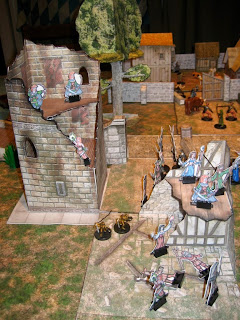 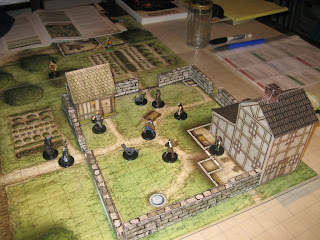 Posted by Raging Owlbear at 1:13 PM No comments:

Due to the vagaries of holiday scheduling with our normal campaign, my group decided we would take a work day off to just play D&D all day long.

I gotta tell ya, if your group is like ours and can only get together every other week on average (and you have the vacation availability), I highly recommend you try this in a given month where scheduling might otherwise be challenging.

On a typical night, after we have our pre-game chat and distractions, we often only get about 3 hours of game in on a good night, with some of that eaten up by recap and catch-up discussions. That means we're really only gaming about 6 to 7 hours per month. When you compare that to a solid 6+ hours of straight gaming in a day...


Daytime D&D is like daytime drinking... Addictive and potentially detrimental to your employment. You go outside all high on the adrenaline and you're like "Oh, geez. The sun is still up." I was certainly a still floating after 6 hours of D&D... until the adrenaline (and sugar) crash.

But seriously, I forgot how much fun an extended session can be... and how far you can progress! My players took out their first dragon of the campaign. I hope we get to do it again soon!

Posted by Raging Owlbear at 4:22 PM No comments:

So, I started to write this PAX Unplugged post and it appears on the surface to be a bit of a polemic. I had a lot of fun as a first-time attendee, but I also experienced its shortcomings.

This post is not intended to be a hit job. However, my critiques are unabashed. It would be inaccurate to assume I was disappointed overall as I quite enjoyed the convention. However, I saw a lot of potential unfulfilled. So, here’s your trigger warning:

The following post is unflinching in its critique of PAX Unplugged.

The TLDR version is that it’s a good convention that could be a lot better with some relatively simple adjustments. So, that’s my disclaimer.


I have mixed feelings about the security at PAX Unplugged. I understand that a large event like this needs to appear secure, but it’s almost entirely theater.

Of the several times I had to pass through the security line, the security workers barely glanced inside the backpack and passed it along the table past the metal detectors (meaning any concealed weapon would not have been found). Only once did one of the gatekeepers actually look inside with real effort.

Secondly, the groups of people bunched up in lines by the doors would have provided a juicy target for any crazies. So basically, security is an inconvenience for attendees, raises the costs of the event, and offers only a tissue paper shield of safety against anyone who actually intends harm. I guess that’s just the world we live in now because that’s true of most event security, not just at a PAX event.

READ MORE »
Posted by Raging Owlbear at 5:39 PM No comments: