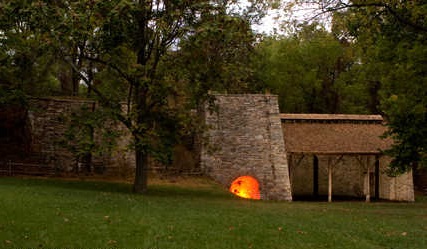 READ MORE »
Posted by Raging Owlbear at 3:06 PM No comments:

D&D / OSR: Give Your Village Meaning and Purpose

Wandering around in the internet can lead one to some thought-provoking ideas. I was looking up some information on a local historic site, when my thoughts meandered down the paths of world building.

Often, when we design an adventure area or campaign map, we place a few dots on the map to represent a few different hamlets or villages the adventurers may visit on their way to wealth and experience. We might outline a few NPCs and some minor details about a town, but probably don't give it much more thought than that. A few of us nerdlings may go overboard in the opposite direction and develop a full history of the town and its environs....

But, if you are like me, you're probably somewhere in the middle... You want some engaging details for your players, but are not interested in the laborious task of a historical backstory for the entire region.

So I'm throwing out a few ideas that might help make this part easier, perhaps even fun.