The first episode of my new GM 101 video blog is a companion piece to my earlier article on Session 0, I talk about what "Session 0" is and why it's so important to establish a baseline of expectations for your campaign before it starts, including aspects such as play style, realism, PvP, and character compatibility.

Sorry that the color balance is so far off. I may need to re-shoot, but I hope the content makes up for the video quality.

0:55  What is Session 0 and what does it entail?
1:50  Session 0 establishes the campaign framework and sets player expectations.
3:00  What is the genre? What is the level of realism? Heavy RP or kick-in-the-door combat?
5:00  Establish your genre and play style baseline.
6:50  How incompatible play styles can harm the fun.
7:55  Session 0 involves some compromise.
8:30  Discuss home brew rules so players aren't unpleasantly surprised.
9:40  The dangers of PvP aspects in a game, and how it can be handled at the table.
11:45  Example of how incompatible play style can break up the game.
17:20  Don't make a character incompatible with the group.
19:05  Discuss how the characters know one another and trust each other.
20:50  Next video teaser: the Social Contract

Posted by Raging Owlbear at 2:52 PM No comments:

Did the OGL save D&D?

Teos Abadia (@Alphastream) posted a “controversial” tweet about the Open Game License (OGL) which spurred a good debate about D&D and RPGs in general. I wanted to write more about that… not as a virtual poke in Teos' eye (whose ideas contribute greatly to the community), but more as a reflection of how I think the OGL has benefited the hobby as a whole.


My unpopular opinion: I don’t think the OGL does much to keep our game alive. Real “life” comes from active community and active developing rules. You can keep playing the same old edition, but that is unlikely to thrive. Look at 5E for thriving.

So, I think I know where he’s going with this. If I am not taking him out of context, the opinion is that a new edition has the power of active designers publishing new materials, as well as an active player community. Whereas “old” editions slowly dwindle because there is little new development and new players aren’t really being brought into the community.

He’s not entirely wrong. D&D 5th Edition thrives because of the very active designers and players in the community, creating enthusiasm and outreach to a broader audience.

But I think that he missed the point of the OGL/d20 SRD as a “savior” (for lack of a better word) of D&D. The OGL was a preventative measure to ensure that D&D (as a concept, not a brand) would continue to be played as a tabletop RPG, rather than a shuttered intellectual property. The OGL was really an insurance policy against a large corporation acquiring the brand and sitting on it. 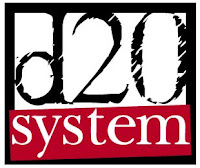 As Ryan Dancy wrote: "I also had the goal that the release of the SRD would ensure that D&D in a format that I felt was true to its legacy could never be removed from the market by capricious decisions by its owners." (Paizo forums, Nov 23, 2010)

You see, when a company like Hasbro acquires an IP like D&D, that doesn’t necessarily mean its future as a pen & paper tabletop game is assured. D&D as a brand is valuable for video games, movies, board games, and other future media (VR? Augmented Reality?).

Luckily for us, Hasbro (it seems) recognized that the value in the brand has tabletop at its heart and has given Wizards of the Coast the autonomy to grow the tabletop part of the brand in the best ways they are able… but it could have gone very differently. 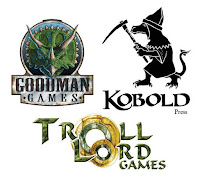 The other point I think Teos didn’t closely consider is that the OGL is largely responsible for a large portion of the growth of RPGs as a hobby outside of D&D. This is the critical detail, in my mind, of how the OGL benefits the hobby. The OGL is largely responsible for the success of nearly all of the 3rd party publishers out there, making content not just for D&D, but also other IP developed under the OGL.

Paizo, Goodman Games, Kobold Press, Troll Lord Games, Green Ronin, Monte Cook Games, Frog God Games… the list goes on. Most of these companies were founded during d20 era when WotC published the d20 System Reference Document. The OGL allowed these nascent publishers to build D&D content (or D&D-like games) without having to worry about hiring costly lawyers to advise on all the IP and copyright restrictions (hazards) of publishing D&D-adjacent titles. The OGL was a one-stop shop for avoiding WotC/Hasbro lawsuits.

After these publishers established success using D&D as a stepping stone, many of them moved on to build other games. Pathfinder, Numenera, 13th Age, Castles & Crusades, Dungeon Crawl Classics, Mutant Future, Spycraft, Cypher System…  Manyof these spawned directly out of the d20 SRD, while the others are new creations that grew due to the economic benefit provided by the OGL. These publishers have also grown their own player communities within the hobby.


While the OGL may not have “saved” D&D, as a brand, it certainly has provided the hobby the fertile loam upon which independent publishers have grown and flourished which has, in turn, created a healthier ecosystem for D&D and its brethren.

In that way, the OGL has preserved D&D (and other TTRPGs) for future generations, regardless of what company holds the brand.

Posted by Raging Owlbear at 2:38 PM No comments:

There is a plethora of great advice on the web on making a memorable NPC, but often that advice assumes that NPC is one you have hand-crafted for a campaign as a spotlight character. Sometimes, you need an NPC on the spot, and you don’t want your players to regard him or her as “Random NPC #5”.

In a vibrant campaign, the potential should be there for the party to create a relationship with any NPC met along the way. Often times, the most surprising role playing can come out of a chance meeting with a random NPC.

There are a couple quick and dirty tricks I use which I call the “Quick & Dirty NPC Generator”. It's basically a sheet of paper with some notes to have nearby during your sessions. Here's how it works.

READ MORE »
Posted by Raging Owlbear at 11:49 AM No comments:

Encumbrance is a bit of a pain in the rear, and has always been a tug of war between players and DMs, which is why most DMs hand-wave it. Players rarely track their weight, and PCs end up carrying all kinds of ridiculous equipment that apparently takes a single object interaction to get out of who knows which hole on the PC’s body.

Every year, it's "Next year will be better!"

And then it isn't.

UPDATE 7:00 PM - The single event cart bug just got fixed, but the search is awful, since you need provide the date AND category along with the event name or number. Lots of small press RPG events appear to be missing from registration even though they are listed on the event grid csv.

I hate being the Debbie Downer, but this absolutely preventable poop-storm just pisses me off. Again, this year (and just about every year since about 2010), Origins Game Fair registration arrived with yet another server or code catastrophe (or both)... because you can't always anticipate the unexpected, right?

READ MORE »
Posted by Raging Owlbear at 4:37 PM No comments: