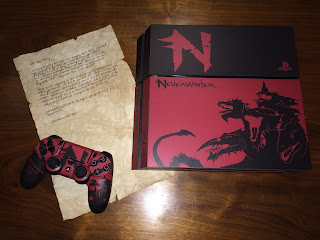 So, this is a fun thing that happened.

A couple weeks back, I entered a little contest by sharing a Tweet and FB message from the Neverwinter MMO team. The prize was a PS4 with a really sweet Tiamat skin.

Oddly enough, I actually won one of the PS4's they were giving away. This was really cool, but what made it even more fun was a small token on the part of the Neverwinter team.

Inside the box, was the PS4, a D&D sticker, and a hand-written, hand-aged note. Basically, they wrote a nice letter and used what I assume to be the "tea bag aging" process to stain the note and make it look like old parchment. While this was just a small gesture, it really added something extra special to the whole prize package.

Table top gamers have been known to scoff at MMO players from time to time, but this was a small reminder to me that no matter the media format in which one enjoys the Dungeons & Dragons game, we all love the fantasy genre and have a deep-rooted passion for D&D.

Before our kids, my wife and I played Neverwinter on the PC when we had time to spare. After kids, that time is even more sparse, but I look forward to returning to the game with the new PS4.

Thanks to the Neverwinter team for pouring their passion into the D&D genre. The note was an awesome touch. 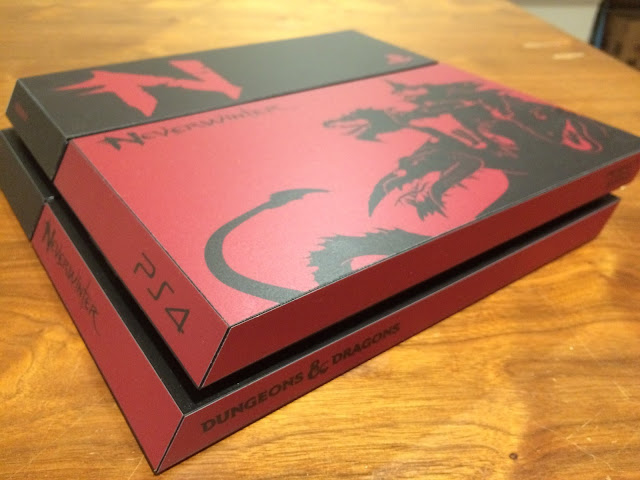 Posted by Raging Owlbear at 12:56 PM No comments:

Just a quick FYI for anyone waiting to buy. I received a note from the friends at Hero Forge Miniatures, that they have re-opened their beta period for the new "Gray Plastic" material (now called "Premium Plastic").

As I noted in my last review, the Premium Plastic is much more durable than the Ultra Detail material (no longer offered), has better detail and is just a superior product in every way.

[ Read the full review of the Gray "Premium" Plastic here ]

On a tragic side note, I did manage to break the arm on my gnome. This was in no way the fault of the material, but just through own stupidity while I was packing for Origins this year. A typical metal miniature would have suffered the same fate. #dndproblems

If you are thinking about a gift, keep in mind there may be a 4 to 6 week fulfillment based on demand. So, if you are in the market for a custom miniature, now is the time to order... and you may want to hurry because this is bound to be a popular selection!

Posted by Raging Owlbear at 5:18 PM No comments:

In a prior post, I mentioned that I will probably not do another Gen Con for many years, preferring smaller, more local cons (with Origins being one of the better "large" cons at 15,000 attendees). Between lodging, transportation, long lines, massive crowds and severely limited number of seats in the games I'd like to play, Gen Con just isn't as attractive.


Seeing all the social media posts and the pre-game excitement... I really want to be there.

There are few other times and places where you can rub elbows with the designers themselves. Many of them do attend Origins, or other small cons that are regional to their homes, but you can count on just about anybody who is anybody to be at Gen Con.

And one has to admit the there is a certain energy of having over 65,000 table top gamers all in one place. There's just nothing else like that feeling of being amongst a community of people who all share a common love of games.

And I'm bummed that I'm missing out on that. This is my tribe. These are my people. 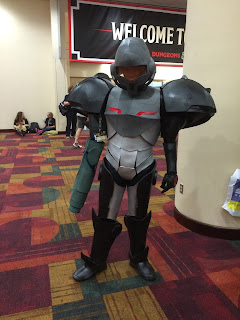 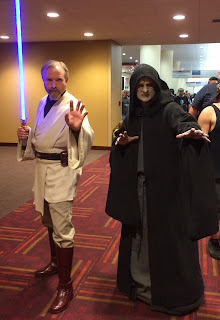 Posted by Raging Owlbear at 10:33 AM No comments: