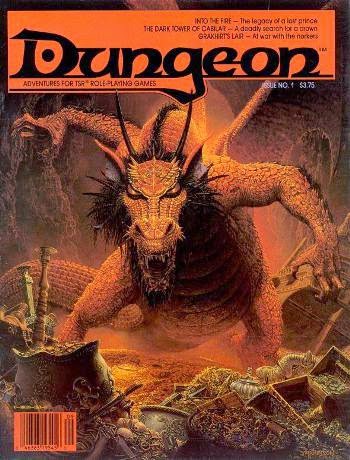 Too Long; Didn't Read? Skip down to "Proposal - A Call to Action"

Recently, there has been a smattering of complaints on social media and gaming forums about D&D 5th Edition's perceived lack of content, especially given that Wizards of the Coast has not explicitly shared licensing information for 3rd party publishers to create their own 5e compatible works.

For the record, so you know where I stand, I am largely on the complaint side of the debate, but instead of just whinging, I've been trying to think of solutions. I think I have the beginnings of a something...

2) If you are not interested in the Tyranny of Dragons story line, HotDQ and RoT can not be re-purposed for a home brew game. The plot paths are so integrated, there are very few parts that can be used as stand-alone. I have the same issue with Paizo's modules. Adventure Paths appear to be the new thing in D&D-style games, but they are not usable for home brew settings because the different encounters in the modules are tied tightly to what has come before and what comes after and often aren't easily used on their own.

3) Without a source like Dungeon Magazine for setting-generic, drop-in adventures that can be run over the course of 1 or 2 sessions, home brew DMs are mostly on their own to create all their 5e campaign content. 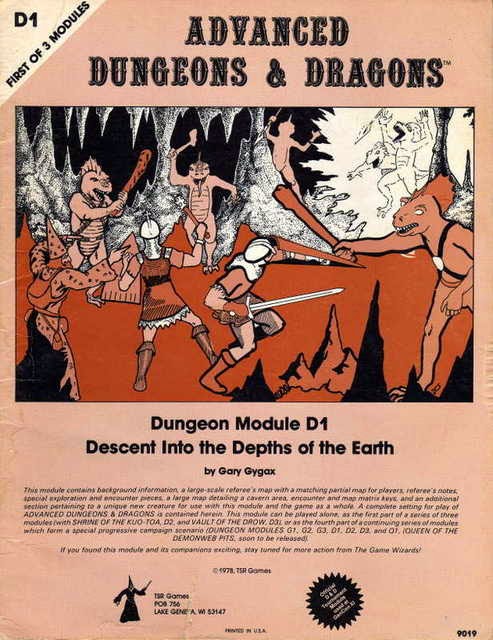 As I mentioned in point #1, if you look back to earlier editions, there were often sets of modules that could be used linked together as sequels to one another, or run on their own as stand-alone adventures.

The GDQ series is the most obvious of these, as each of those old modules could be run individually or put together as a larger narrative. Similarly, Dungeon Magazine often published linked adventures in the past, but not so tightly linked in the way an adventure path is.

I am hopeful that the Elemental Evil adventures will be more flexible for "kit-bashing" into an existing campaign, but as I noted, adventure paths are generally not structured to be easily parted out for a home brew game.


On the other side of the debate are those who say "Hey - We have 40 years worth of adventures that can be converted to 5th Edition!" which is a somewhat valid point... but I would counter with the following:

1) Many of us are too busy to put in the prep time to convert existing adventures.

For my part, I am married with 3 young children. My prep time is so limited these days, I have temporarily stepped down as DM for my group and asked my players if someone would like to take the mantle for a time. Luckily, we had a couple willing players and our group is still gaming on Saturday nights.

But for those DMs who are in a similar situation, the lack of pre-published adventures can kill a campaign. A source like Dungeon Magazine or similar that can be mined for "turn-key" adventures is almost a necessity to keep the gaming group going.

2) For a DM new to D&D, adventure conversion may seem a steep hill to climb. Many new players are not aware of the nuances of older editions versus 5th Edition and may not know what existing modules are out there that are good candidates for conversion. Additionally, creating an adventure from scratch is a real challenge for a DM new to the game, so these new D&D players could really use a resource like Dungeon Magazine.

Proposal - A Call to Action


My proposal is two-fold... 1) What could Wizards of the Coast do? and 2) What can we do as bloggers and D&D evangelists?

1) Wizards of the Coast should publish some adventure conversions from back issues of Dungeon Magazine.

Really, what I want is a whole new Dungeon Magazine, but that seems very unlikely to happen... So I have an idea. How about producing a "Best Of Duneon" series that takes one existing adventure each month from any given Dungeon Magazine and reprints it with new stat blocks?

This would likely take a single editor/designer about a day or two at most, and they don't even need to change the original text. They could add the revised encounter stats as an appendix to the original text in a new PDF. This could generate a huge amount of positive PR and get new DM's the much needed content to get their feet wet in the system. It would be great if this effort was focused on short, generic, easy to drop-in adventures that could be added into any existing home brew. This would also minimize the amount of work required by the editorial staff. +Dungeons & Dragons & Chris Perkins  -- are you listening?

2) Bloggers and D&D Evangelists should produce our own conversion guides.

I am challenging other blogger to help in this effort. To avoid issue with WotC copyrights, do not reprint the adventure, but just note the source of the adventure (such as the module name or Dungeon Magazine issue) and suggest the monster group to be substituted for each encounter area. Reference the Basic Rules where possible, or Monster Manual if needed, and re-stat any boss or other special creature to make the encounter reflect the original flavor, but staying within the confines of the challenge in the original encounter.

For instance, let's say the original module has an encounter area #2 with 3 wolves and a pack leader of some sort (a larger wolf with slightly better stats). You might make the conversion write up as simple as the following:

Or you can get a bit fancier and do a whole stat block (as long as you don't violate WotC's copyright related to stat block presentation).

It will be up to DMs to find the source of the original adventure, but links to free adventures or to places where the originals can be purchased are obviously encouraged. If a bunch of us start doing this on a somewhat regular basis, we can create a bunch of useful out-of-the-box content for busy or new DMs.

Mark your work with the hashtags #DND and #5EConversion on Twitter and Google+ to help people find your conversion content. As my first major effort, I'm going to attempt the conversion of HS1: The Slaying Stone which was a reasonably good, almost-but-not-quite sandbox adventure for 4th Edition that would work well in 5th Edition. I'd like to also tackle Reavers of Harkenwold as well as a few recent excellent Dungeon adventures from the 4e era, including some from the Caves of Chaos series and perhaps even adventures from prior seasons of D&D Encounters... But perhaps I shouldn't let my excitement make me promise more than my time can reasonably allow.

I challenge you, the readers and the bloggers, to help out with this endeavor. Will you accept the challenge?


Huge shout out to +Stan Shinn who I didn't even realize was already doing this until I started writing this post. Freakin' awesome work, Stan!  Link: http://stanshinn.com/dnd-5e-resources/

UPDATE: This was a huge pain to find, but here are some short free adventures from Wizards,com during the 3.x edition era that may be ripe for conversion. Link to Dungeon Magazine with 4e adventures that could be converted: D&D Classics - Dungeon Magazine PDFs
Posted by Raging Owlbear at 1:25 PM