Back in June, Wizards of the Coast added Chris Cocks as the new President. This was seen as significant because Mr. Cocks has extensive experience in the digital games space. He has even announced the formation of a digital game studio recruiting talent from Valve, BioWare and other known developers and publishers. Everyone is aware how Wizards of the Coast has wanted to expand the D&D brand further into video games and other digital channels, but their efforts in the last years have been... wanting.
So what turned out to be the first big digital initiative? 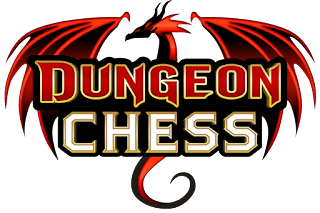 I shit you not.

Wizards of the Coast just announced “Dungeon Chess”, a game where you put on virtual reality goggles in order to enter the 3D world of the Yawning Portal Tavern in Waterdeep! From there, do you brave the dangers of the Undermountain? Do you fight epic battles with iconic monsters in 3D? Do you adventure into deep, dark dungeons in search of treasure and magic?


Seriously. The first major digital initiative out of Wizards since Cocks has taken the helm is Battle Chess… but with D&D monsters (not by the WotC game studio, mind you, but even so...). Does anyone remember Battle Chess? It’s Chess… but the figures kill each other in little animations when you’ve taken a piece.

In 1988, this may have been considered state of the art in gaming… but it’s now 2017… almost THIRTY FREAKIN’ YEARS LATER... and the best they can come up with is Battle Chess in 3D with D&D monsters.

Seriously. WTF?!?
What an utter waste of VR technology further proving that Wizards of the Coast can’t find its ass with both hands when it comes to digital strategy.

Now, it is likely that Experiment 7 came to Wizards with the pitch that was basically “We want to build VR chess with D&D monsters and you have to do nothing but collect licensing fees. There is no risk to you!”

Perhaps it will even generate some small amount of revenue… But from a branding perspective, this is probably the worst new digital project to introduce first. It is literally a reskinned version of Battle Chess. In 2012, the actual IP owners for Battle Chess tried to resurrect the game for modern systems via Kickstarter. You know how much they raised? $16,000. Yeah. That's right. They failed to come anywhere close to their funding goal. Apparently, that's the kind of crazy cash Wizards is now chasing.

Mr. Cocks, you are allowed to say, "No, thanks." Wizards could have waited to pursue some wicked cool arena combat game, or some other really fun use of VR technology that allows you to walk through a 3D dungeon with dynamic lighting, or a VR space that allows one to play Wrath of Ashardalon or Temple of Elemental Evil board games in VR with others around the world... or done literally anything else aside from Chess… and it would have been way more cool and exciting.

This is a sentences copied right from the promo site:
Pull up a chair in the Yawning Portal tavern and join our Magic Table community in the epic world of DUNGEONS & DRAGONS, experienced for the first time through the magic of virtual reality! 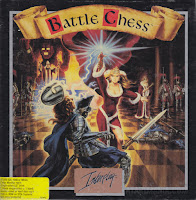 Who is even the audience for this? Are there hard core gamers buying VR goggles because they are psyched to crush it in Chess? Interplay fan-boys now in their mid-50's? Is there some super-secret market segment of nerdy chess players with 3D goggles and apparently nothing else on which to spend their disposable income?

Finally, I can throw away my VGA monitor!

I once thought AltSpace VR was one of the lamest things one could do with VR and the D&D brand, but then Chris Cocks was like, "Hold my beer!"

A couple days ago I half jokingly posted what I might do as President of Wizards. I know not all my ideas were gangbusters, but they certainly weren't this crap. This just goes to illustrate the sad state of affairs that is WotC’s digital strategy.
Posted by Raging Owlbear at 12:54 AM