D&D Beyond: Impressions, Pricing, and Licensing 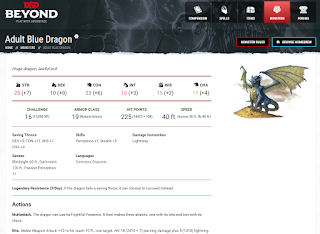 Just in the past couple weeks, Curse officially launched D&D Beyond and published all of the pricing arrangements for the service. This is not a full review, but just a few impressions on the tool, the pricing and Wizard's content licensing.

As a product, D&D Beyond is slick. The interface is reasonably easy to pick up (the search features could use some minor improvements for usability, but that's mostly nit-picking). All in all, it’s a well polished reference engine.

All of the content from the SRD and adventure supplement PDFs (as published on the Wizards.com web site) are also included for free. For instance, Snilloc’s Snowball Swarm and other spells from the Princes of the Apocalypse player PDF is included in the free tier. As a player, you also get 6 unlocked character slots for free. 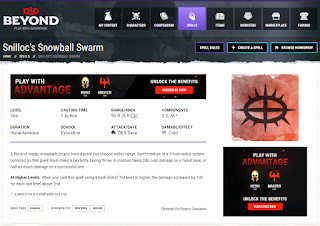 If you buy partial content packages, such as a subrace or the non-SRD spells from the Player’s Handbook, that purchase becomes a credit toward the book as a whole. So if you purchased $10 worth of the content bundles or “elements” out of the Player’s Handbook, the full book would only cost $20 (instead of $30) after the $10 credit was applied for the content you’ve already purchased.

From a pricing perspective, the overall value isn’t drop-your-jaw fantastic, but not terrible either. The electronic versions of the books run about half the retail hardback list price. This is a little high when compared to other RPG publishers that offer PDFs of their for a much lower cost. Most other publishers offer their PDFs in the $10 - $15 range… about 1/4 of the hardback price, but I’ll give Curse credit in that the D&D Beyond content does need some custom HTML markup to be best used web-enabled which adds to their production costs. The content “elements” such as races/classes/etc are fairly reasonably priced about about $2 - $3 depending and there is an “All PHB spells” package at $5 as well. None of the content packages require a subscription.

And the Not So Good

The subscription pricing is a bleeder. If you are a DM, $6 per month to allow your players access to the content you have already purchased for yourself. This adds up pretty darn quickly, and that $6 does not include any content by itself -- it only includes monthly player access as a cost on top of the purchased content. Honestly, in a year’s time, you’ve paid the equivalent of 2 more Player’s Handbooks or Volo’s Guides and then some.

Tell your players to buy their own damn content. DM’s have enough to pay for as it is. Luckily, this is purely optional. It would be nicer if they offered this as a option for a player account to pay for when invited by the DM, rather than make the DM pony up.

If you don’t opt for that, there is still a $3 per month fee to access published “home brew” content. Curse is charging you for content created by the community, and if you are a content creator, you do not get any of that revenue share for your work. To me, this is a greedy form of community crowd-sourcing content and leaves a bad taste in one’s mouth. I hope Curse reconsiders its business model when it comes to community content, and stick to selling WotC IP.

This part is outside of Curse’s control, so I will rant a bit specifically about Wizards of the Coast again. 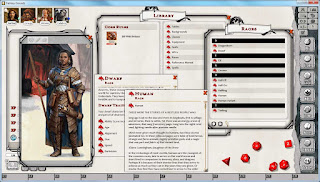 If you are a DM running Storm King’s Thunder online, as an example, you are forced to choose your tool. Do I buy it in Fantasy Grounds or Roll 20? And if I purchase it on one of those platforms, I still can’t use that same digital content I have already purchased in D&D Beyond… so I may have to buy it in at least 2 places (digitally) to get full utility, and possibly 3 -- in D&D Beyond, in a virtual table top, and in hardback form. Similarly, if I want to take advantage of the character sheets within a VTT as well as D&D Beyond, I would also be forced to buy the Player's Handbook digital content in both places.

Honestly, this sucks. As I have noted before, Wizards could have easily created a licensing model that would have allowed the content to be transported across the platforms, so that content purchased for your D&D Beyond account could also be activated (for a small fee) in other online tools such as a VTT and vice versa. Ideally, I should be able to buy a single license for the Storm Kings Thunder content, and use it in whichever tool I would like.

But no… If you want Storm King’s Thunder on your virtual table software as well as D&D Beyond, you now have to buy it, full price, in both places. They could technically still create a license server for the future, but it would likely piss those off who have already re-purchased the same content on multiple platforms.

Lastly, by licensing the content, instead of a straight-up purchase like a PDF, you are basically shit out of luck if Curse [D&D Beyond] ever goes out of business or Wizards revokes their licensing arrangement with Curse. Think about that carefully. You are only allowed to use this content for as long as Wizards allows it… and it can be revoked at any time.

Unlike an owned PDF.

Again, this is not so much an issue with Curse as it is with Wizards of the Coast not taking a more consumer-friendly approach to their digital offerings.

As a player, the character builder tool is fairly slick, but so is the MPMB's Pay What You Want character builder on DMsGuild.com. This character builder offers functionality on par with D&D Beyond, including the content from the PHB, SCAG and other sources, but for a tiny donation price.  D&D Beyond is a decent tool if you want online access to your digital books, but without an offline access mode, it is slightly more limiting than what a well-indexed PDF would be. There isn’t much reason to pay for D&D Beyond unless you absolutely have to have all the rules in a web-enabled format.

As a DM, not being able to use the same content in a VTT alongside D&D Beyond is problematic. Honestly, if Roll20 or Fantasy Grounds came out with a web interface similar to Beyond for their compendiums and allowed one to use the same purchased content both in the web UI and the virtual table top, they would utterly eat Curse’s lunch. There would be absolutely no reason to purchase D&D Beyond if Roll20 or Fantasy Grounds expanded their offerings with just a little extra functionality. That is a serious business risk for Curse.

I can see how the creature customization might be useful for many DM’s. I’ve tried it out, but the functionality not quite as smooth as the 4e D&D Insider monster customization tool. Monster customization on D&D Insider was a dream and I used it often during my 4e campaigns… but D&D Insider is gone now, as is all other electronic support for 4e. Let that be a history lesson for D&D Beyond users.  When a new edition comes along (or if Curse files bankruptcy), all that purchased 5e content could potentially vanish in a puff of digital smoke. You can’t revoke a content license on a PDF copy or a hardback.

For that reason, I will likely never invest in a platform (again) which does not allow the user to take the files with me for use in any foreseen future. If you have no need for a virtual table top, then you don’t have the concerns about where to buy your content… but caveat emptor. You never know when that content license will just disappear.

I think the one advantage I see if that if I am not running Forgotten Realms, but I am interested in a book like SCAG for the class options alone, I can purchase just the portion of the content I would like. This may be the one feature that would tempt me to pay a small amount of money. However, I will see how much I can leverage with the free tool as it is, and continue to MPMB's character sheet for my character creation needs.
Posted by Raging Owlbear at 11:30 PM