People who enjoy watching live-play D&D streams will notice some of the amazing terrain and dungeon set-ups that are often featured on these shows. There are products like Dwarven Forge and Miniature Building Authority that would make anyone oooh and aaah over the amazing creations that DMs can bring to the table… and there's a temptation to think we need to be as visually impressive in order to run a quality game.

But those props come at a relatively steep cost that make most game masters pause.

Do you really need those kinds of fancy props? Absolutely not… but sometimes you still want to put something out on the table that makes your players go “Wow… Cool!” You don’t have to spend hundreds of dollars to do it. Here are some cheap and easy options to spiff up your game.


There are really two approaches to cheap miniatures: flat tokens or upright pawns.

Tokens: These are pretty simple. Take a 1-inch hole punch, find some artwork (such as old Magic the Gathering cards or other fantasy art), and glue those cut-outs onto a base, such as a metal washers (cheapest option), wooden discs, or plastic bases, and you are pretty much good to go.

Pawns: Similar to paper tokens (but upright), you can print out some fantasy artwork and slip it into plastic bases, or print and fold your own stand ups using thick cardstock. There are several different bases made specifically for paper miniatures.  I especially like these cool stands from Litko.

One Monk is an amazing source for free paper miniatures (Gallery 1, Gallery 2), but there are others that I note in a prior post on cheap miniatures.

If you have a little more budget for pawns, you can spend about $75 to get several hundred Pathfinder Pawns. The Bestiary Box and the NPC Codex each come with around 300 pawns, enough to should satisfy the great majority of your miniature needs. For a few dollars more, you can buy beautifully illustrated plastic pawns from Arc Knight.


Cardboard, styrofoam, craft paints, and glue are your best friends in low-cost gaming.

For dungeons, there are lots of places you can legally download free dungeon floors or similar textures to print onto cardstock paper. Glue those cardstock prints onto corrugated cardboard, and you have cheap and easy dungeon tiles. There are whole Google+ and Facebook communities on this 2.5D crafting movement.

There are also many folded paper-craft options for a more 3D look, including free downloads from Wizards of the Coast, as well as free sample buildings from the likes of Fat Dragon Games and Dave Graffam.

Want to get fancier? There’s a whole world of cheap crafting waiting for you. Videos from DM Scotty, DMG Info, Wyloch, and Black Magic Craft can introduce you to a whole realm of inexpensive terrain crafting. There is so much to cover there, one blog post isn’t enough… But to give you an idea, I just started building some inexpensive trees just using chopsticks and dish scouring pads.


While I loves me some #DwarvenForge, you can’t always buy the Escalade on a Camry budget. When you need trees, sometimes you have to #DIY #DnD pic.twitter.com/LHAGrYpx4C
— Raging Owlbear (@RagingOwlbear) August 19, 2018


Sometimes you might look at something like Critical Role or the Dwarven Forge Kickstarter and feel a little despondent that you don’t have a ton of money to spend on “premium” gaming items. However, it’s not too hard to build some of your own awesome gaming props using some spare time and a few dollars on craft paint, brushes, and glue. You might be surprised how many relatively easy and inexpensive options there are out there to add some 3D excitement to your table.

Postscript -- I left 3D printing out of the scope of this post, but I’ve written about it before as a way to spend a bit of money up front, but have the ability to print and play just about anything for pennies on the dollar. 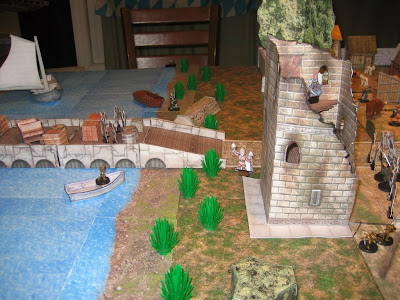 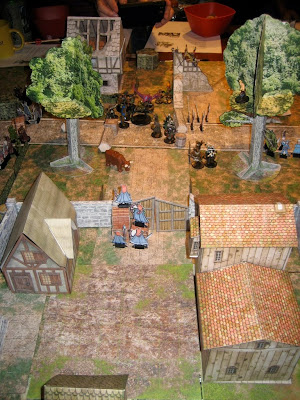 Posted by Raging Owlbear at 2:41 PM