These commenters miss some of the more import points of my previous article: If the adventure module does nothing to help the DM to run the encounter better, it has failed as a module and should not have been approved for organized play by Wizards of the Coast without additional editing.
Now that I have the D&D Encounters PDF in hand for reference, I see how many of the encounters outlined in the PDF just do not have the right kind of detail or suggestions for the DM to help run these sessions.

Not all DM's are equal... So as a game designer, when you are writing a module that needs to be run as a part of organized play, you need to do a little more leg work to make sure the experience is a positive one for most players regardless of DM experience level, because that experience level will vary widely from store to store. Even "experienced" DM's may not be that good. As a game designer writing one of these adventures, their job is to help them be better DMs.


It's not actually all that hard, and can be done with boxed text. I've written up a quick example to illustrate. The following 3 paragraphs is the actual text of the "Dragon Attack" scene (skip ahead if you are familiar):

The adult blue dragon Lennithon accompanied this raid but is not an enthusiastic participant. Its chief contribution has been its Frightful Presence, but that becomes less effective as the night wears on and defenders overcome their fear. Shortly before midnight, the dragon launches a final assault against the citadel. Frulam Mondath orders the attack, knowing that the adventurers are in the keep at the time. Lennithon doesn’t consider this to be its fight, and it isn’t keen on tangling with adventurers for another’s benefit.

During this attack, Lennithon flies over the keep and uses his breath weapon without moving closer than 25 feet from the parapet. The defenders on the walls have mastered their fear of the dragon’s Frightful Presence from earlier attacks. There are twenty NPC defenders on the walls at the beginning of the mission, and more can arrive between attacks to take the place of those who fall. The dragon doesn’t target the adventures at first,and every breath attack not directed at them kills 1d4 NPC defenders and injures 1d6 more. Adventurers who happen to get caught in the area make normal saving throws and take standard damage. The NPCs’ attacks are ineffective against Lennithon. Bear in mind that the dragon’s breath weapon will kill a 1st-level character outright, so be sure to demonstrate its destructive power to the players before turning the dragon against the party.

After each attack, Lennithon swoops away until his breath weapon recharges, then swings in for another attack. He repeats this pattern until it has taken 24 damage or more, or a single critical hit. After that happens, Lennithon leaves for good.


Yes, the above paragraphs technically include all the information for an experienced DM to run this encounter. What it does not do is offer any guidance for setting up or running the encounter. It doesn't note skill checks or other options the characters might use to learn about the dragon's motivations. It doesn't offer other ideas or hints that the DM can give to the players without directly giving out the meta-knowledge to succeed.

Even experienced DMs may be pressed for time and not fully prepped for a session and may not be fully cognizant of the all the important encounter details. With a few minor changes and additions, you can help both an experienced and mediocre DM do a better job with this encounter.

For instance, one could add the following set up prior to the paragraphs above:

You turn back toward the keep to report to Governor Nighthill after [completing the last mission - insert detail here]. You see one of the town guard rush up to the party gasping from her sprint in full armor...  "They're attacking the keep!" she breathlessly exclaims, "... and they have a dragon!  You must come quickly!"

As you rush toward the center of town, you can see the massive cobalt-blue wyrm circling in the sky. It swoops in with a blast of lightning at the guards on the wall and swoops away again circling at a distance to avoid the longbow shot from the few guards not currently cowering in fear.

As you rush toward the scene, you notice it settle on a hillock in the distance. A few cultists are gesticulating at the dragon and making motions toward the keep. You cannot hear what is being shouted at the beast, but a few moments later, the dragon appears to shrug its shoulders and turn to fly back toward the keep. Like a horse shooing flies, the dragon knocks down the three acolytes with a flick of its tail. Of the three, only one appears to get back up, likely shouting something much more obscene at the departing beast.

The dragon lazily flies back in the direction of the keep to resume its seemingly reluctant attack. It doesn't appear to be reveling in the destruction as one might think.

The paragraph above was put together with about a 1/2 hour's thought. I'm sure it could be vastly improved if I spent more time, but for the purpose of illustration it works. It communicates a couple of things right away to the players. 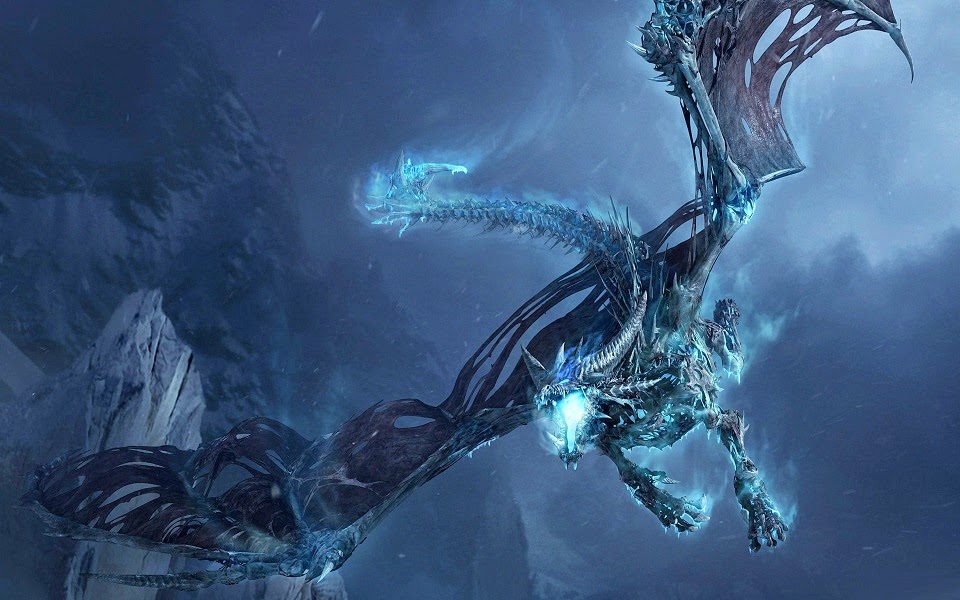 This communicates to the players, not just the DM, what the situation is. It doesn't matter if the DM knows what's going on in the dragon's head if that isn't properly relayed to the players in some form through description, hints or role-playing.

Add the above box text to the original description, and now you have the start of something even a novice can run right out of the book. But we're not done yet -- the module can go further to suggest other ways to impart more clues.

If the PCs seek out Governor Nighthill or any of the ranking guard (Sargent Markguth, for example), he may reveal in conversation, "The dragon seems hesitant to commit to a full assault. If you are able to rally our troops, we may be able to drive it off with our combined forces. My men, however, cower in the fear of the beast and may require your heroic inspiration."

If  any PCs study the dragon while he swoops in for an attack, a DC 13 Insight check reveals that he is hesitant to put himself in harm's way and does not appear enthusiastic to attack the keep. He may be open to parley, or perhaps bribed.

If the PCs decide to avoid conflict, they can save guardsmen by having them retreat into the keep's dungeon or similar fortified location. The keep will sustain further damage from dragon's attacks for a few more rounds, but it will grow bored once there are no more targets to attack and fly off.

As you can see, it's not rocket science. The module could provide suggestions for other non-combat options or ideas to settle the encounter. It could give additional descriptive read-aloud text. It could provide other clues and ideas by adding snippets of conversation for the DM to cherry pick for their NPCs.

I put together these ideas in an hour or two of thought. A professional game designer has weeks, perhaps months, to polish the product through the writing and editing process. This is where Hoard of the Dragon Queen fails.

I know Wizards of the Coast has game designers that can do this well. If you look back to the Reavers of Harkenwold adventure include in the 4th Edition DM Kit, the encounters are written up extraordinarily well with really evocative descriptive text. The adventure also includes some mock Q&A dialogues between the party and important NPCs.

This format was an excellent guide for both novice and experienced DMs because it gave concrete examples of the kind of information that could be imparted to the PCs as well as a suggested method in doing so. That module should serve as a template on how to write up encounter descriptions.

I need to step onto my soapbox for a quick, but related tangent.

I will go out on a limb further. Boxed text is the single most important thing to get right in writing up an encounter. Good boxed text does two things important in an adventure module:
A lot of people scoff at boxed text, especially "experienced" DMs who feel like they are superior enough that they don't need boxed text. Those DMs are not as good as they think they are.

A good DM certainly doesn't need to read aloud the boxed text as written, but good boxed text is critical for point #2 above. It summarizes the most important pieces of information right at the top of the encounter description. With good boxed text, you don't need to prepare much at all before the game because the most salient details will be included in the descriptions.

A good DM does not ignore valuable tools provided to them by the designers. That doesn't mean they can't modify them or communicate the information to the players in a different way, but to dismiss important module detail just because it is contained in a "read aloud" format means they have missed the whole point.

In the end, I stand by my original critique of the Hoard of the Dragon Queen. Because the hand out PDFs do not include valuable guidance, suggestions and ideas to help along the DM, it fails as a vehicle for D&D Encounters.

Posted by Raging Owlbear at 1:18 PM