D&D 5e: A Plethora of Class Options in Unearthed Arcana 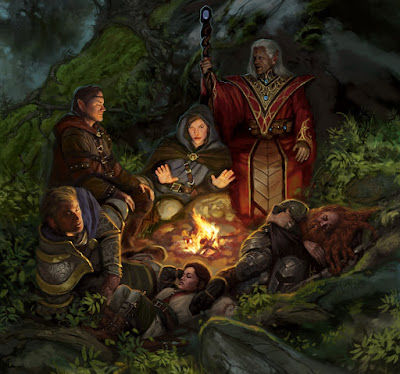 Wow, I must have been sleeping under a rock to miss this one!

I knew that the revised Ranger options had come out in the last couple months, but I had no idea Mike Mearls' Unearthed Arcana articles had been putting out new class options nearly every week!

If you have desired more class options for 5e (I hadn't really... until I read some of these!), then you definitely need to check out the recent UA articles.

There's a few "meh" options, but there's also so much cool. I definitely recommend checking out their wild shape suggestions for Druids. The Druid also has a couple of really interesting new circles... and if you hadn't already been awaiting the Ranger updates, you should check it out! There's really a lot to digest in these.

Be aware that these are play test option, so may be somewhat broken in some places. A discussion between the DM and players needs to occur beforehand, so that there are no hard feeling if the DM has to nerf some power.

Barbarian Paths - Path of the Ancestral Guardian, Path of the Storm Herald, Path of the Zealot
http://dnd.wizards.com/articles/unearthed-arcana/barbarian-primal-paths

Monk Traditions - Way of the Kensei, Way of Tranquility
http://dnd.wizards.com/articles/unearthed-arcana/monk-monastic-traditions

Upcoming weeks will feature the Mystic, Sorcerer, Warlock, and Wizard.

Tell me what you like about the new class options in the comments. I'm still wading through a number of these PDFs, but this looks a bit like a Player's Handbook 2 in the making. Also, let me know if you or your player have tried any of these new options. I'm interested to hear what may be broken... Leave a comment!
Posted by Raging Owlbear at 11:09 AM