So, I recently ran across a “Best Five Board Games” list made by some random website that appears to have no actual experience with board gaming. Their picks were utterly sad and pathetic, including the likes of Monopoly, Life, and Candy Land.

If you’re an avid board gamer, you probably already have a “gateway game” list to play with those friends who are not in your normal board game group… but here is my take on the best introductory games, simply because I have a gaming blog and the more we spread the word, the better. The list, in no particular order… 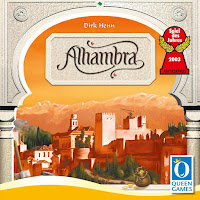 
This set collection and puzzle game is light enough for the novice gamer, but has some real strategic meat on its bones. In Alhambra ($25), you collect gardens, pavilions, and various building tiles to expand and beautify your 13th century fortress. Money management is critical as you gain bonus purchases for paying the exact amount for a tile. The player who has collected the most of specific tiles sets over the course of 3 rounds will score the points for a win. 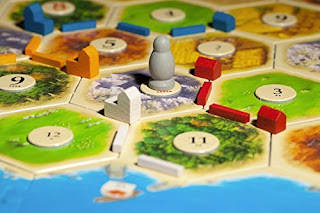 Originally published in 1995 as “Settlers of Catan”, this resource management and building game kick-started the board gaming renaissance. Over 20 years later, Catan ($35) is in its 5th Edition with numerous expansions and spin-offs. In Catan, you collect the resources of brick, wheat, ore, wood, and wool in order to expand your settlements to become cities.

This “gateway” game is easy to teach in that you can compare it to existing popular games like Monopoly. You build “Settlements” instead of Houses and upgrade to “Cities” instead of Hotels. Expanding your road system onto valuable resource tiles is key, similar to expanding the number of properties in that other game. Players who have grown up on Hasbro and Parker Brothers will find a familiar home in Catan, but with a much greater depth of play (and hopefully fewer fits of crying). 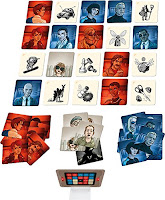 Codenames borders on the “party game” genre, but I honestly love this game and everyone to whom I have introduced this game has also loved it. For around $12, what’s not to love? In summary, you give clues to your teammates in order for them to make the word associations and select one or more cards, while trying to avoid selecting the other team’s cards.  I believe Codename: Pictures is slightly superior in that there are a lots of clue variations that will arise due to the esoteric artwork (which is the same reason I also enjoy the next pick).


Originally left off this list as an oversight, Dominion ($30) defined the deck-building genre -- creating synergies from a shared deck of cards, as opposed to games like Magic: The Gathering where each player has their own separate deck. While other better deck builders have come along in the intervening years, the simple Action, Buy, Cards (ABC) mechanic of Dominion makes it a breeze to teach to new players. It makes for the perfect stepping stone to more complex deck-builder games.
A multitude of different expansions has also kept its reply value high despite its age. 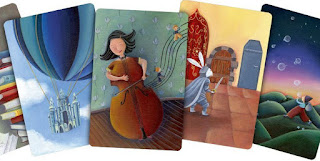 Dixit is the original “weird art” game in which the players give one word clues for the other players to guess the correct card. However, your clue can’t be too obvious such that everyone gets it, or else you do not earn any points. The key is to get one or two players to guess correctly while leaving the others pondering. The art is truly evocative, but the replayability is only good if you play with different groups of people from time to time (or buy more expansions). The Odyssey version supports up to 12 players. The original Dixit is inexpensive at $20. The Dixit “International” version includes the fancier built-in scoreboard for another $8. 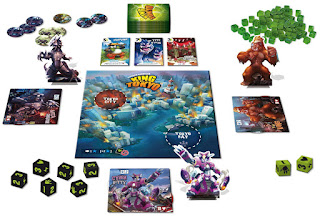 In King of Tokyo ($27), you play giant monsters invading Tokyo, and beating up upon one another. Using a Yahtzee-like dice mechanic, you roll for attack power to assault your opponents, energy to purchase power-up cards, hearts to heal oneself, or just victory points to get you closer to a win. The winner is the first to 20 point or the last monster standing. This humorous, fast-paced, streamlined game will win over gamers of all ages (8 and up).


Love Letter is kind of like a sophisticated version of “Old Maid” for adults. Using deduction and card mechanics, you try to obtain cards close in rank of the Princess, while not getting caught with the Princess and forced to discard it. It’s simple to learn and quick to play. If you think the cooties-laden theme will turn off younger gamers, there are Batman, Adventure Time, and Munchkin versions as well. At less than $10, this is a great value. 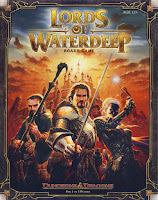 
Despite the somewhat odd combination of theme and mechanics, Lords of Waterdeep ($35) is actually a solid worker placement and resource management game which serves as an excellent example of this sub-genre of board games. As a secret Lord of Waterdeep, you place your agents in the city to recruit "adventurers" (resources represented by black, white, purple and orange cubes) in order to complete quests and gain victory points. You may also build additional locations in the city to provide resources to you and others in the game. At the end of 8 rounds, the winner is the player who has completed the most quests that match the affinity of their secret identity.


Ra ($50) is a set collection game that uses an auction mechanic. In Ra, you bid on various tiles representing advances in civilization, pharaohs rising to power, agriculture along the Nile, and monuments to gods and kings.  It also has a press-your-luck aspect as you try to squeeze in one or two more big auctions before the end of a round in a desperate attempt to get the last 2 or 3 tiles you might need. The combination of luck and strategy makes this game exciting to the last Sphinx. 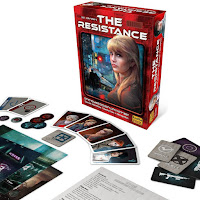 
Find the traitors. Backstab and accuse your friends! Resistance is one of the best traitor mechanic games on the market. As the leader, you must pick a team to execute a covert mission (or quest).  However, there are traitors in the group attempting to sabotage your success while not revealing themselves. You might think you know who your friends are, but these deception and social deduction games will put you to the test.


Splendor ($24) is another simple set collection (hmm… I’m sensing an unintended theme here…) and card drafting game, which is easy to learn, but still has a strategic depth often not found in other “light” board games. In the beautifully illustrated Splendor, you collect gems (chips) in order to purchase cards which also have a gem value. As you collect more gem cards, you are able to purchase gem cards that have higher point values as well as collect Noble cards worth additional points. The first player to 15 points wins. This is another game that quickly becomes a favorite among people are not not hard core  board gamers. 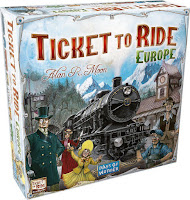 
Ticket to Ride Europe ($40) is yet another set collecting and route building game that almost always wins over non-gamers. TTR is probably considered one of the original “gateway games” due to its simplicity (along with Catan), but it still offers a decent amount of strategy and a soupçon of luck. There are numerous editions, but the Europe version of Ticket to Ride probably has the most balanced board. Many also love the Nordic Countries. 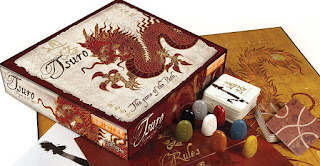 I just couldn't stop at ten. Tsuro ($25) is tile placement at its simplest. Place your tile, move your pawn, and try not to fly off the board. One minute to learn, twenty minutes to play... such a light, quick game for just about anyone, and it supports up to 8 players! With Tsuro of the Seas, you can play the base Tsuro mechanics, or add in the boat-eating dragons for a little more chaos (but at the cost of a slightly longer and more fiddly game).

This list is by no means exhaustive, and there are a number of recent releases are not mentioned. There are several more that could make the cut like Carcassonne, Jamaica, Forbidden Desert, Stone Age, 7 Wonders, Small World, Sagrada, Sushi Go Party!... I had to stop somewhere.  I purposely did not include 2-player only games, as this was intended for the wider audience playing with a group of friends. If there are additions you'd like to see, tell us in the comments what "gateway games" are at the top of your lists and how they are good for beginning strategists.
Posted by Raging Owlbear at 1:44 PM

Email ThisBlogThis!Share to TwitterShare to FacebookShare to Pinterest
Labels: Best Of, board games