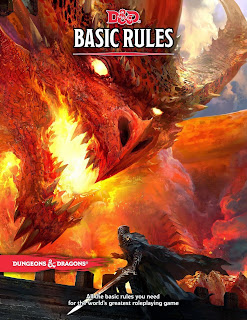 Edit: For clarity, one thing to note is that the D&D Starter Set does not include the section on the Basic classes with the character generation rules, all the class features, and spells, etc. A PoD Basic would be a low-cost, portable and complete rule set with monsters stats.
Posted by Raging Owlbear at 11:22 AM