State of the Owlbear: 45 years of D&D

The state of the blog is strong!

Happy 45th Birthday to Dungeons & Dragons which was released at the end of January in 1974!

There are too many ways to recount how this game has made a direct and lasting impact on my life. I am forever grateful for Gary Gygax and Dave Arneson as well as all the designers who came after to ensure its legacy.

Unfortunately, Raging Owlbear experienced its own shut down in January. Google did not inform Blogger users that comments were being taken off the blogs as of February until just a few days before the take down. Many of us who thought we had until April to migrate Google+ comments were caught out.

I had already started migrating the comments when the threads were expunged, but I hadn't finished... and it's a laborious process to cut/paste 5 years of blogging which I'm still working on... so that happened...


Raging Owlbear passed 800,000 total views at the end of 2018, and is well on the way to 850K. If I focus on the blog in 2019, I think I could reach 1 million before 2020... but that's a stretch goal. I've never quite had the time to consistently post. However, I did nothing in January (no posts, no marketing) and still passed 11,500 "organic" page views, so that's a good sign. July through October in 2018 averaged over 20,000 views per month when I was more active. If I could re-harness that energy and post at the same pace this year, one million views is within reach. 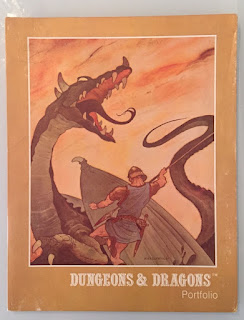 There are still many posts over the last few years that consistently pull in dozens if not hundreds of views every day. Hero Forge posts still rank at the top (even though their Google rank has dropped a bit) and tips related to terrain and miniatures tend to do well.


Unfortunately, I think the loss of Google+ will mean lower search engine rankings and likely fewer organic views from Google. I'll have to promote in targeted ways to make up for that. Facebook groups consistently drive good traffic, but I will miss the Google+ community which has been super supportive, if much smaller.

I recognize a lot of the same users again and again in the comments sections, and they have generally engaged in more positive ways than many on Facebook. Even though Google+ users were a small fraction of the audience, I will miss the service. It was where I cut my teeth on blogging and made a large number of social media acquaintances.


I do have some exciting plans for upcoming posts. Look for refreshed reviews of Hero Forge's latest miniature offerings, more advice for starting campaigns, 3D printing, terrain, and some additional content for Storm King's Thunder. I'm also hoping to finish off the character class section of B/X-5 for play testing.

Thanks to all my regular readers, and if you're just coming across the blog for the first time, welcome!

Posted by Raging Owlbear at 1:13 PM