Return to the Temple of Elemental Evil... Again 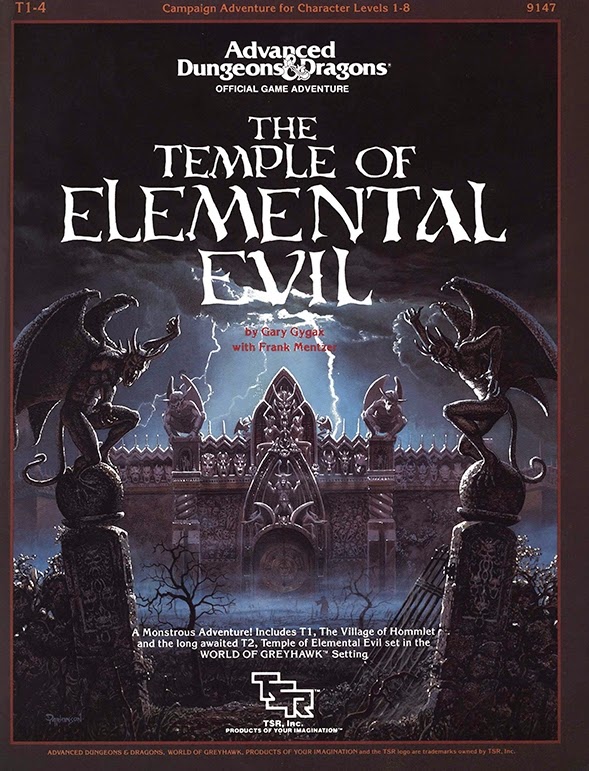 Just this week, Wizards of the Coast has officially announced what had been whispered around the net for the last few months. The Elemental Evil story line will encompass several releases across product lines... An expansion for the Neverwinter MMO, module(s) for D&D Adventure League and home play, and most interestingly a new D&D board game based on the Temple of Elemental Evil.

I say most interestingly not just because it's the The Temple of Elemental Evil, but because it will be using the D&D Adventure System, introduced with the Castle Ravenloft,

For those of you who may not be aware, the D&D Adventure System rules are based upon D&D 4th Edition, but streamlined for board game play (save your "It's already a board game!" jokes... We've heard them all before). The heroes have at-will, encounter and daily powers and the tactical combat is similar to 4e. 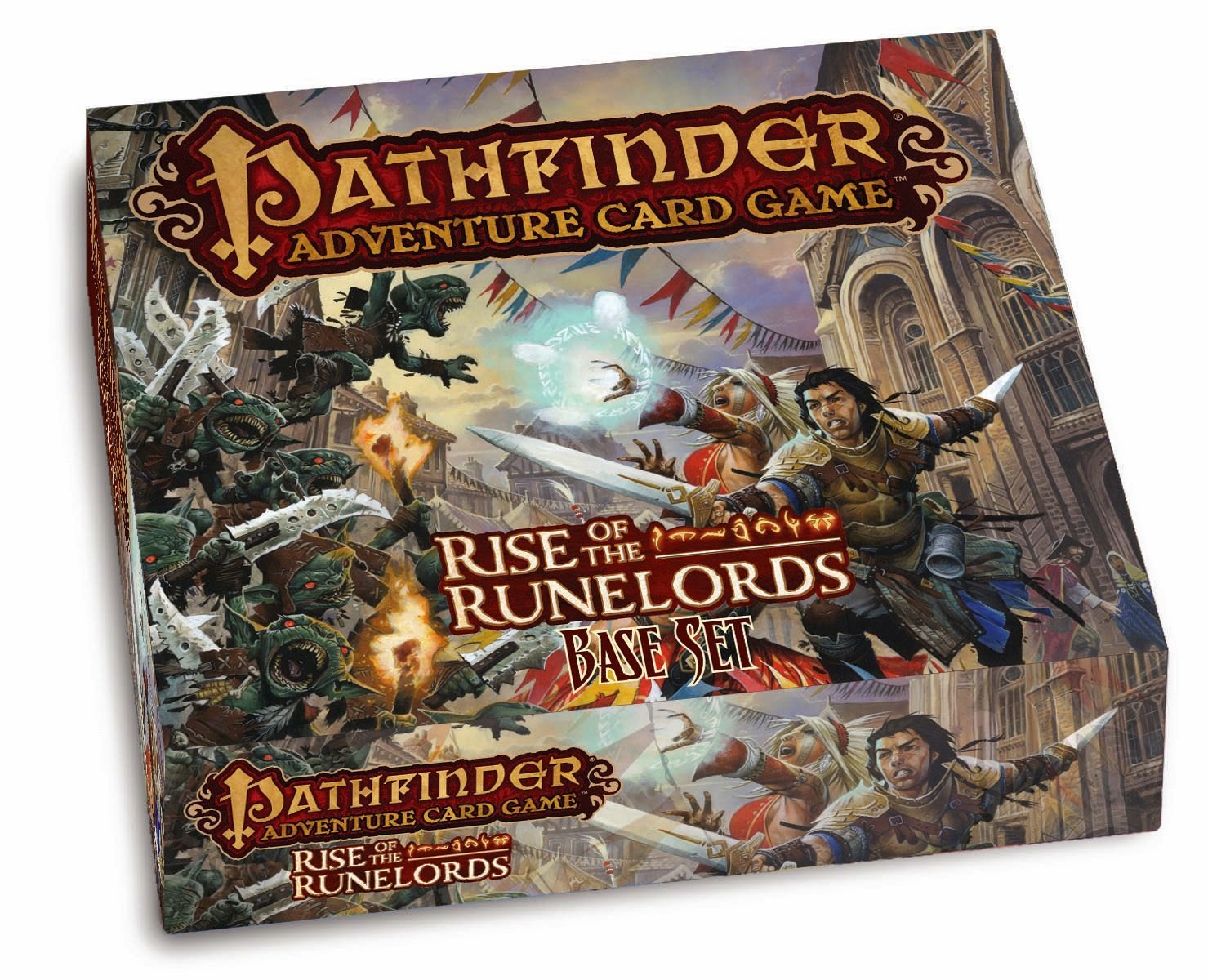 Whether you survive or not has everything to do with luck and almost nothing to do with your actions in the game or skill as a tactical board gamer. This is a real shame... but this article is not intended to be a review of the D&D Adventure System board games, so... moving on.  (By the way, the Pathfinder Adventure Card Game

Getting back to my original train of thought, a few questions came to mind: 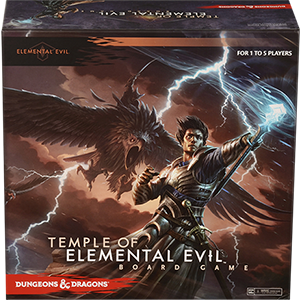 1) Will the D&D Adventure System be revised to be more in line with 5th Edition?

Assumption: Unlikely. It appears to work for Wizards as a tactical board game system and the games are relatively well received, so there isn't a business reason to revise the rules to be less like 4th Edition. I could see them potentially rebranding the powers to not be named as "At Will", "Encounter" and "Daily" to unhinge from 4e a little, but even small changes like that may not seem important to them if there is no impact to revenue.

2) Will the D&D Adventure System be revised to be a better board game?

Assumption: Doubtful, but one can hope. The move-encounter-trap-move-encounter-trap rinse and repeat treadmill is likely to stay central to the game's mechanics. This is a shame, because the potential is there for it to be a much more entertaining dungeon crawl game.

I leave a small hope on the table only because they did do some revision to the "adventure system" as the games progressed. Wizards made some fairly significant changes in Legend of Drizzt (which actually made the game less backward compatible). If they have the guts to revise the system more deeply, Wizards could salvage a half decent game out of it, but likely at the cost of compatibility. Honestly though, I doubt very many people are combining their sets into a single game anyway, so I think compatibility may be a red herring. I'd also be surprised if Hasbro invested more R&D dollars into a board game system that is "good enough" in their minds.

3) Will it try to keep any of the flavor of the original Temple of Elemental Evil?

Assumption: Meh. The Castle Ravenloft game had a vampire named Strahd... but that's pretty much where the flavor ended. The new game will probably have cultists and perhaps even some kind of mushroom-creature, but I'll hazard that the similarity will be in name only. I doubt Iuz or Zuggtmoy are likely to make an appearance in the board game or the larger Realms storyline. 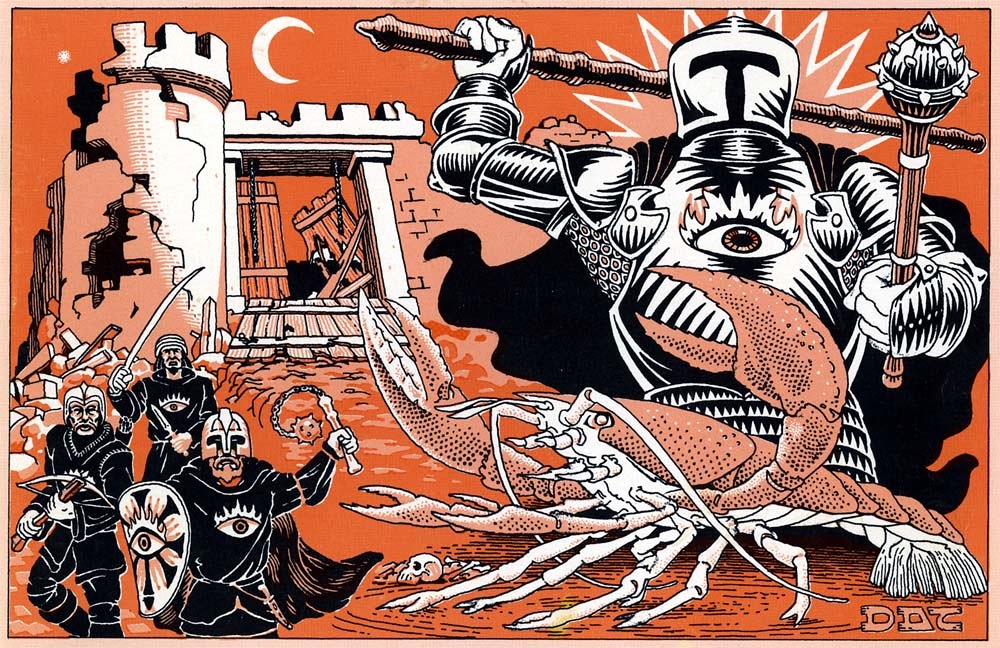 Perhaps a better question is will the Princes of the Apolocalypse adventures for D&D Adventures League have some of the familiar faces? It would be a bit odd to see Hommlet placed in the Forgotten Realms, but it could happen. It's more likely that the Elemental Evil story lines will give a nod and a wink to the old game in the same way Against the Cult of Chaos module did in D&D Encounters a couple years ago. However, we may not see the likes of Hommlet again until a new World of Greyhawk supplement appears (very strong hints from Chris Perkins that this is in the works for 2016).

One thing the D&D board games did give us: non-random miniatures. Wrath of Ashardalon in particular has a really nice of array of unpainted plastic. It would be nice if the Temple of Elemental Evil included some really awesome miniatures even if it continues to stink as a board game.

Tell me about your hopes and dreams for Elemental Evil... Are you looking forward to a new D&D board game? Do you want to see Hommlet in the Realms?