Too Long; Didn't Read Summary: Narrative sharing ("Yes, and...") can really enhance the experience of the players and the DM at the table, and it will not result in the collapse of your game or Western Civilization as we know it.  You can read Part 2 of this article here. 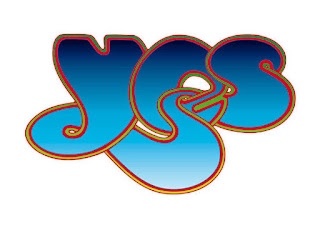 The other day an OSR community member posted to G+ a critique of narrative sharing with the players -- more specifically the "Yes, and..." story telling technique in games like D&D or other d20/OSR based games. If you are not familiar, the "Yes, and" technique comes out of improvisational theater, but can be used with some modification in role playing games. It allows players to add detail to a scene that the DM might not have considered.

The problem with the critique article is that it stated that the advice related to the "Yes, and..." technique was "Always give the player whatever they ask for no matter how ridiculous or unrealistic to the scene/genre," which is a misrepresentation of the advice.

This is not at all how the "Yes, and..." technique is intended to be used and the examples given in the author's post illustrated a clear misunderstanding of the narrative sharing philosophy.

When others challenged the author on his understanding of the "Yes" technique and its use, he fell back to a "Well, the players will try to abuse the "Yes, and..." technique to get what they want."

That's not a problem with the technique. That's a problem of trust between the DM and players. If you have players that are going to try to exploit the tiniest edges in the game, they won't need narrative sharing to abuse the system. They might use Feat optimization, multi-class dipping, save-or-suck spell combos or other holes in the mechanics. There are any number of items in any rules system that may be exploited. The difference is that, unlike the rules exploits,  a DM has control the "Yes, and" technique to keep the players from abusing it.

1) So what is exactly is the purpose of the technique?

It gives the players additional investment in the game world because they are given the opportunity to add details into an scene, or possibly the campaign. It also is a way to keep the DM from squashing the enthusiasm of players when they come up with an idea outside of the bounds of what the DM had considered (examples to follow in Part 2 of this article). It's basically a method to keep DMs from automatically answering "No, you can't do that" to an idea that the PCs conceive before fully considering the idea.

Often the PCs will come up with a solution you hadn't considered or you think may not be possible... but it is extraordinarily important not to just say "No" and squash their idea, even if you think it is unrealistic.

We've all seen it before. The player gets an idea during an encounter that gets them excited, They get a look in their eye and start to ask questions about the scene. It will kill the player's enthusiasm for the game when they have an idea for their character to attempt and you just,say, "Not that's not possible", especially if it is only a minor detail change that may be required to execute the idea.

By doing that, you have taken the action out of their hands. Your job is not to tell them what they can and can't do with their characters. You job is to let them try... And when they think of something you hadn't considered, using the "Yes" technique can incorporate the ideas the player has the might have that alter or add detail to the game world. By listening to their idea in full, you might find that something that you had not previously considered possible is actually possible with a minor alteration to the scenario (examples to follow in Part 2 of this article).

DM: This game world has no Elves.
Player: I want to play a Half-Elf.
DM: Were you even listening?


DM: The orcs start to scale the walls of the castle.
Player: I pull out a blaster and start firing,
DM: Ok, Gimli makes a little "gun" formation with his thumb and pointing finger and starts yelling "Pew! Pew! Pew!". You think he has gone crazy,


On the other hand, you might ask the player why they are looking to play a Half-Elf. Perhaps they're looking to play an outcast whose background spans two disparate groups in society. You may already have a group of humans in your world that fits their idea (the Sharks and the Jets?). In that case, you can still say "Yes" to the player's underlying desire without adding Elves to the game world.

As the DM, Rule 0 still applies. The DM is the final arbiter, but you are adding a Rule -1: If the players come up with a cool, fun idea, your job is to try to accommodate it if plausible.

4) If the players get to add details to an encounter scene or game world, won't that break the  immersion?

In my experience (and the experience of many others using this technique), No. Certainly no more than rolling a die to attack, or looking up a spell area of effect. The player's minds already travel easily back and forth between the meta details of the scene and the scene itself.

I actually propose that it adds to the immersion. Here's why:

As a DM, when you are building an encounter area, you are probably not going to consider all of the details that a player might think of. As the DM, if I make the statement, "You enter a fancy ballroom," what I am seeing in my head may be quite different from what you as a player see in your head.

They may be chandeliers and candelabra on the walls, tapestries or painting/portraits, an ornate fireplace, a harpsichord, a polished dance floor... etc. As the DM, I may not have considered all these details in building the scenario. If my player declares "I leap atop the harpsichord!" and I hadn't thought of placing one in the room, I don't just say "You can't do that. There is no harpsichord." As long as the item makes logical sense within the scene, just put it in there. By saying no, you are actually breaking the player's immersion because you are erasing a detail that was in their mind's eye.

So are you breaking immersion by adding details the other player's hadn't considered? No, you do that all the time whenever you add more details about a room. If they examine a bookcase or a desk, you add items to the description that the players may not have gotten in the first pass of the description. Adding detail is less disruptive than removing detail.

Additionally, having the players actively sketch out the scene in their minds for details they can utilize gets them more invested and immersed, not less.

5) I'm not sure I like a play style where players can alter an encounter area with their suggestions.

Sure, that's a perfectly valid play style preference. Unlike other RPG bloggers, I'm not going to tell you that you are playing the game wrong or making some huge mistake because you are not following the One True Way.

However, I ask only that you keep an open mind. Perhaps even try it out so you can get a feel for it. If you still don't like it, that's fine. But it is my belief that it can really enhance the player's investment in the game and provide unanticipated moments of awesome at the table (see examples in the next post).

Just to note, even old school gamers use a similar technique without naming it such:

Player: "Is there a log or rocks in the stream that I can use to try to cross?"
DM who had overlooked that detail rolls for a 2 in 6 chance: Yes, there are some rocks from which you might attempt a jump, but it looks like a tricky crossing.

This is pretty common among many styles of play. The DM decides if the player's question makes sense within the scene and assigns a probability that detail exists. If the roll succeeds, that detail is added into the reality of the scene or game world.

The only real difference is the DM using the "Yes and..." technique just skips the roll and adds that detail automatically if it makes sense for the setting. There is no need to break the momentum of the scene by rolling a die.

If the detail would not normally exist in the environment, the "Yes, and" DM will may not give the player exactly what they want, but perhaps offer a similar feature that fits the scene that will accommodate the player's ideas or desired actions.

Player: Is there a fire escape that will let me climb up to the second story?
DM: There is a dumpster that might allow you to reach up to a second story window ledge,

In my next post on this topic, I will provide example of how one can turn what looks to be a "No" moment into a "Yes, and..." as well as show how your game may be improved by trying out this method. Click to read the examples...

___________________________
And before the comments explode, I'm going to state for the record that I will be a moderation Nazi on this one. I won't put up with "You are having Bad Wrong Fun" commentary or ad hominem attacks. Respectful disagreement is always ok.
Posted by Raging Owlbear at 2:12 PM