So normally I only talk about RPGs, but since there is a major cross-over audience with the wider geekdom, I needed to just get something off my chest. 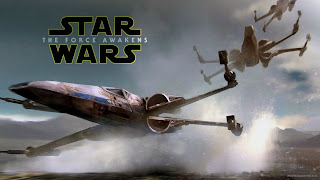 I was trying desperately not to get caught up in all the Star Wars hype. I mean, while I didn't hate the prequels as much as some, the first episode was "Meh" overall (and sometimes just stupid). While I liked many parts of Episode II and III, I had very little affection for any of the characters. So overall they were just OK. Not hated, but not loved either... which for me was a major disappointment because the 7-year-old me from 1977 really wanted to love Star Wars again.

And then the new trailers started trickling out. But I was circumspect. I like Abrams, but the first Star Trek reboot wasn't really all that. Into Darkness was better and a fun film overall, but still doesn't top the original Wrath of Khan from which it borrowed heavily.

But then I saw the so called Star Wars "super cut" trailer that is making the social media rounds.

Ok, so I didn't literally pee myself... but that 7-year-old inner me suddenly sat up again.

Am I too old to love again?

Help me, Obi-wan Kenobi. You're my only hope.

Posted by Raging Owlbear at 9:48 PM