+Venger Satanis wrote a little piece a while back about GM fudging which I found thought-provoking, but also found the advice a bit concerning, especially for a new game master.

In addition, on my post about Fun and Story over Rules, several comments mentioned "fudging rolls" as a way to bend the rules with the goal of enhancing story or fun.

For the record, I am strongly against this. I am more than willing to change a lot of parameters in a scene or encounter on-the-fly for the purpose of storytelling, but once dice hit the table, reality becomes static. (Read on for the why).

While I agree with a few of Venger’s musings, there needs to be a lot more context for anyone who is a relatively new game master for a role playing game like D&D. Some strong words of caution: Fudging can destroy a game just as easily as it can help it.


Basically, fudging is anytime the GM changes the outcome of a die roll in the game. This is sometimes (unfairly) called “GM cheating”. While I think that label is inaccurate (after all, how does one cheat in a game where you already have supreme executive  power?), it well illustrates the perception problem that can occur with your players at the table. The fact that this is called "cheating" in some circles tells you how controversial this practice is.


If you happen to be rolling on a random table, like NPC names, or even random encounters, and the result doesn't make sense to the current scene, or you like one of the other results better, feel free to ignore the rolled result and pick something else off the chart. I don't consider that fudging.

On the other hand, if the PC just rolled a magic wild surge table, and you're not keen on the fact they just accidentally dropped a fireball on themselves and their party members, you absolutely should not change that result. That is a mechanical drawback of being a wild mage. The result was rolled, that is now the objective reality of the situation. 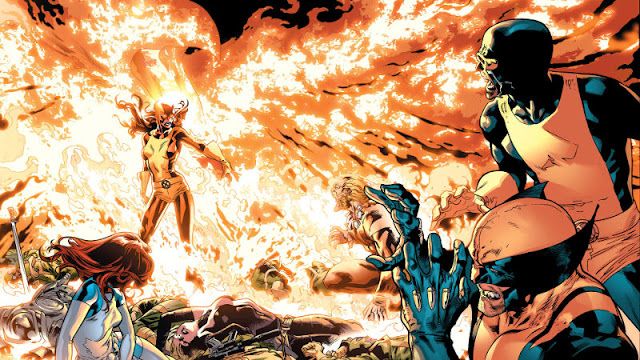 Why do I see the random encounter table as different from the wild surge? The encounter table is just a tool of convenience for the GM to help with game preparation and execution. It is intended to be a helpful tool for the setting, but is not a core mechanical construct, and is not even necessary to an adventure (and could even be completely ignored for the purpose of pacing). The wild surge table, on the other hand, is a core mechanical construct created for the Sorcerer class describing how wild magic works in the game. It is not a tool of convenience. It represents the potential mechanical drawbacks (or benefits) of using wild magic.

Why do GM's fudge?


Usually because bad luck gets in the way of "the story”.  Perhaps the players are having a bad dice night and getting hit critically more often than usual, or failing saves left and right… or some other circumstance within the scene means the dice are breaking the action in a way the the GM dislikes (and possibly the players, but let me address one thing at a time). While I believe the GM should serve the story of players to the best of his means or ability, the randomness of in-game events and consequences are a significantly important part of the story.

Another example may be that the player’s actions are creating difficulties with the GM’s plan for the story, so the GM nudges the action in favor of what he or she already had planned. This is absolutely the worst thing you could do as a GM (more on that in a bit).

However, fudging dice rolls by the GM is often done in favor of the players, not the GM, but that is still equally dangerous to the game as the GM fudging in favor of their own purposes.

Is there ever a good reason to fudge?


In my view, No, but I do understand the desire of some GM’s to keep their players from a night of frustration over fickle dice luck. But I think fudging is the wrong solution and will harm your game more than help it.

Venger sometimes uses examples like altering a creature's hit points or adding foes in the middle of combat to adjust a combat difficulty on the fly, or perhaps alter the pace of the game... Even I do these types of minor adjustments, but only sparingly and not at all if possible. I'm not completely against changing details within a scene or encounter for the betterment of the game, but it can be a dangerous habit, especially if the players believe you are using this power against them.

But what I'm really talking about here is rolling the die and ignoring the result (such as when you roll behind a GM screen). To avoid temptation, I roll almost everything in the open. The only hidden rolls I perform are ones here the numeric result would give the players meta-game information (such as an Insight check). All other rolls are performed in the open. This gives the players confidence that the reality in my game is objective, even if subject to the fickleness of the dice.

So why shouldn’t you fudge?


A: Player trust and agency.

As the GM, you already have the power to make anything happen in the game.  The two places the GM does not (and should not) have power is in altering player’s declared action and the objective reality of the dice results.

By messing with the outcomes of a PC’s action (and the resulting dice), you are communicating to your players that no matter what course of action they choose as a PC (or how well or badly they roll), their decisions in play will not affect the outcome you already had planned. That’s what is meant by “agency”. You are removing the effects (for good or ill) of their in-play decisions. Instead of their action determining the in-game story, you have already pre-supposed the outcome of the action, rendering their decision meaningless.

As another example, sometimes that bad dice luck (for the GM) means the players get the drop on an important NPC villain. If they kill the villain early (such that some story element you had planned for later might be ruined), let it happen. There is nothing players hate more than to feel like the GM stole their victory by bending the rules. Don’t ever do this. It will absolutely kill your players’ enthusiasm for the game.

Now, sometimes the dice suck for the players… and I mean truly suck. Bad luck can turn a normal, non-deadly encounter into a near-TPK. Do not rescue their PCs by “cheating” the dice. If you don’t want everyone to die, then consider an alternate conflict resolution. Do the foes take prisoners? Hold the PCs for ransom? Not actually wish to kill the PCs due to the law enforcement ramifications, so just leave them for dead? Or perhaps the poison gas trap from which everyone failed their save was intended to disable, not kill?

These might not be the best examples, but the point is, you don’t have to change or ignore the numbers on the dice to alter the way a conflict is resolved. Not every failure needs to end in death if there are other options that make sense within the context of the story. There are other ways to save a campaign from a night of bad die rolls without resorting to fudging.

But sometimes PCs will die, or other really crappy things will happen to them because of bad luck. Let them happen. That’s part of the game, and even epic failures can result in an enjoyable experience. Those moments are exciting and tense, even if they end badly. By removing or minimizing those bad experiences, you are robbing the game of tension and excitement, which is the major component of the fun.

As GM, you also don’t want to set the expectation that you will rescue the PCs when they get in over their heads. Part of the tension and excitement of play is knowing that your PC can die at any time. If the players believe you will not let them die, not only will there be no tension or excitement, they are going to make stupid decisions in play, and when their PC does actually die, the player will be mad at you for not rescuing them. It’s a vicious cycle to get into. You need to make it clear that in-game consequences will result from their actions, even if those consequences are a result of fickle luck.

Lastly, you never want to erode your player’s trust. If they believe you are “cheating,” even if in their favor, they will wonder when you might be cheating against them. They might even decide that they should be able to cheat as well. As soon as the players no longer trust you to be fair and impartial, it will have a major impact of the enjoyment at the table and likely bring a premature end to the game.


Since the GM has ultimate power in the game, the playing field is already not level. By fudging dice rolls, you are tilting the field to the point of breaking the game. “Supreme executive power derives from a mandate from the masses,” to steal coin a phrase. That mandate comes from your group's trust. Without that trust, players are likely to seek out a new GM.
Posted by Raging Owlbear at 1:35 PM