As expected, the reactions to my last post were quite intense and often fierce... but there was were a few themes among the Rules-As-Written purists that I found intriguing and wished to explore deeper.


There were quite a few people who cited game balance as a major objection, which I found peculiar given the small magnitude of the change being discussed. They cited that this change wasn't "extensively play tested" or "balanced against other racial abilities" or some other silliness about min-maxing. This kind of anxious hand-wringing seemed overwrought for utterly minor change to a racial stat. I mean how much min-maxing can occur with just one point? (and BTW, they are giving up a point of DEX for it).


Even more so than game balance, many people cited "slippery slope" examples. If I give this one small benefit this week to one player, what happens when the next player asks for something bigger? And it snow balls from there until there are hurt feelings and everything falls apart. 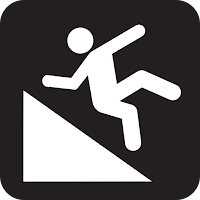 Again, this kind of specious hyperbole also felt a bit overwrought to me. We're all adults here, and even when we have younger players at the table, it will be obvious to everyone when a ridiculous or game-breaking request is made by one of the players.You can say no to ridiculous or abusive requests. No one is going to go away hurt... and if they do, you probably don't want to be playing with that person anyway.

I never wrote, "Say YES to everything" no matter what the players ask.  Anyone who claims that was what the post was about is either does not have any reading comprehension (since that is not what was said), or is purposely missing the point so they can prove themselves "right" on social media and get a point on whatever giant, invisible scoreboard there is for people who win arguments using a straw man. Congratulations to them. Here's a cookie. Now, go away.

For those of you still here, I realize there is a common theme in the objections.


... Fear that somehow the game will be broken in some unforeseen way by granting the request. Fear that verisimilitude or immersion will somehow be disrupted by mechanical changes. Fear that the players will be abusive, a$$holes and bring the game down through their moronic requests or on purpose out of some kind of spiteful attitude... Or that fire and brimstone will fall from on high, and dogs and cats will start living together.

Unless you already have a dysfunctional table of players, don't worry... these fears are unfounded. Worse yet, those fears may mean you are missing out on awesome opportunities to take the game in an utterly different direction than expected.

(PS -- if you already have dysfunctional, a$$hat players, your game will not survive no matter whether you are a "Yes" or "No" DM).

Lions and Tigers and Bears, oh my! 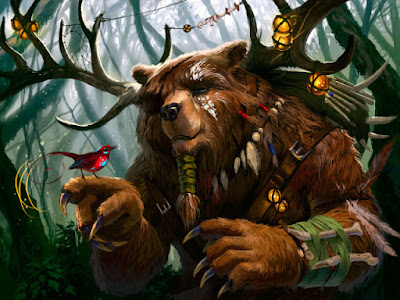 One counter example that was given involved the idea that a player would ask to be a Bear Druid... not a Druid with bear-form, but an actual Bear who is a Druid.

My first impression was "Huh, what?" as I thought the example was a little bit hyperbolic in order to make a point, but then the more I thought about it, I was like, "How f@cking awesome is that idea?!"

Now, don't get me wrong. You would need to have a serious conversation with this player with questions like:

1) How did the PC become a bear?
2) How do you plan to cast spells?
3) Are we talking opposable thumbs here or just a regular quadrupedal bear?
4) How do you plan to communicate with other party members?
5) If I don't allow the player to talk in character at the table (having to mime all in-game thoughts and ideas) that will likely get extremely tiring for you and the other players. How will you get around this issue?

Through thoughtful discussion with the player, you can find some compromise that might make the idea workable. Perhaps one of the other PCs has an intertwined background that allows her to Speak with Animals a few times per day... or the bear's Wild Shape is actually human, so he can temporarily (2x per short rest) take the human shape that can cast spells and communicate normally, but then has to be in bear form the bulk of the day.

The more I considered it, it actually sounded like really amazing idea... possibly even EPIC!

It might fail completely in play and I might caution the player that we can try it out, but if it doesn't work at the table, or causes a disruption to the game, we'll "remove the curse" and make that PC a human again... or something similar (back up NPC perhaps?)... The point is I'd will be willing to give it a try.

Before some of you inevitably yell out "SNOWFLAKE!"... Just stop right there. STFU, to use an expression. Who the f@ck cares if the player wants some kind of odd-ball PC. Sometimes people just don't want to play another damn Dwarf Barbarian or Tiefling Sorcerer. People get bored and sometimes want to shake things up. If it makes the game more fun for everyone at the table, just let him or her Chewbacca the shit out of their PC. Extract the broomstick from thy nether regions. Use the snowflakes and ski your butt down the slippery slope.

If you are a rules purist, that's perfectly fine. It's your game... But if you shut these kinds of requests down without giving it your full consideration because you are a purist, or fearful of giving in to a player's odd requests, your game might miss out on some amazing, crazy-fun role playing.

And that would be a huge shame... not just for the players, but for you as well.

You don't have to say yes to everything, but...

The bear might be an extreme example. but there are also other ways you can say Yes...
Posted by Raging Owlbear at 1:32 PM