There's been some chatter on Google+ and the OSR blogs about spell casting interruption since 5th Edition now has a mechanic for interrupting spells which have a concentration component. Over at Semper Initiativus Unum, Wayne Rossi summarizes how different versions of D&D and other OSR games handle caster interruptions. 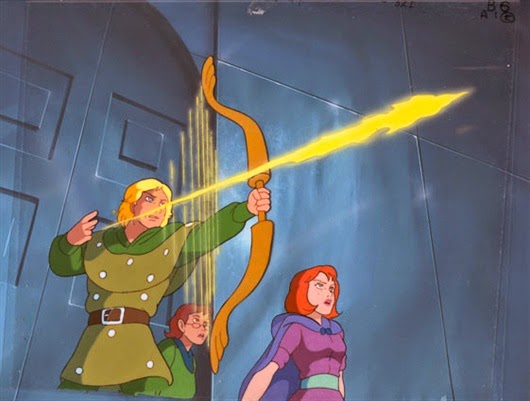 D&D 5e addresses the interruption of concentration spells, but inherent in its mechanics is a potential way to interrupt non-concentration spell casting using the Ready action. When a spell caster casts a 1-action spell, it is seemingly not interruptable with the rules as written. However, I believe the spirit of the rules allow for an interruption by using the reaction allowed by the Ready action.


DM: You barge into the room where is appears some kind of ritual is in progress. Two burly guards turn toward you while a man in robes stands over an altar. Fy-Tor, you are first in initiative followed by the Ranger Rick.

Ranger Rick: I'd like to Ready an action. I'm going to aim at the guy in robes, but wait until it appears he is casting a spell. Then I will shoot my bow.

DM: OK, but just so you know, you may lose your action this round if you wait and he doesn't cast a spell. The second guard swings at Fy-Tor, but misses. The man in robes is gesticulating. He may be casting a spell.

DM: You hit and he was casting, so he gets to roll a concentration save.

This shows how the 5e rules could be used for interruption of spells that don't require concentration. While this scenario isn't explicitly stated in the rules, a good DM should reward this kind of strategic thinking. The PC takes a chance on losing his action and the caster may still make his concentration save after all is said and done, but this handling of the rules as written can create fun and suspense in game.

Postscript: As an additional variant, one could change the DC based on damage taken. Right now, the Concentration DC is a static 10 unless you take more than 20 HP of damage (which is unlikely at low to mid levels). To make concentration a bit harder, one could make the DC 5 + half damage taken. This keeps it low for relatively low level combats, but can ramp up as damage increases into the mid tier levels.

UPDATE: I created a follow-up post to discuss ideas brought about by the excellent feedback from this post.
Posted by Raging Owlbear at 9:07 PM