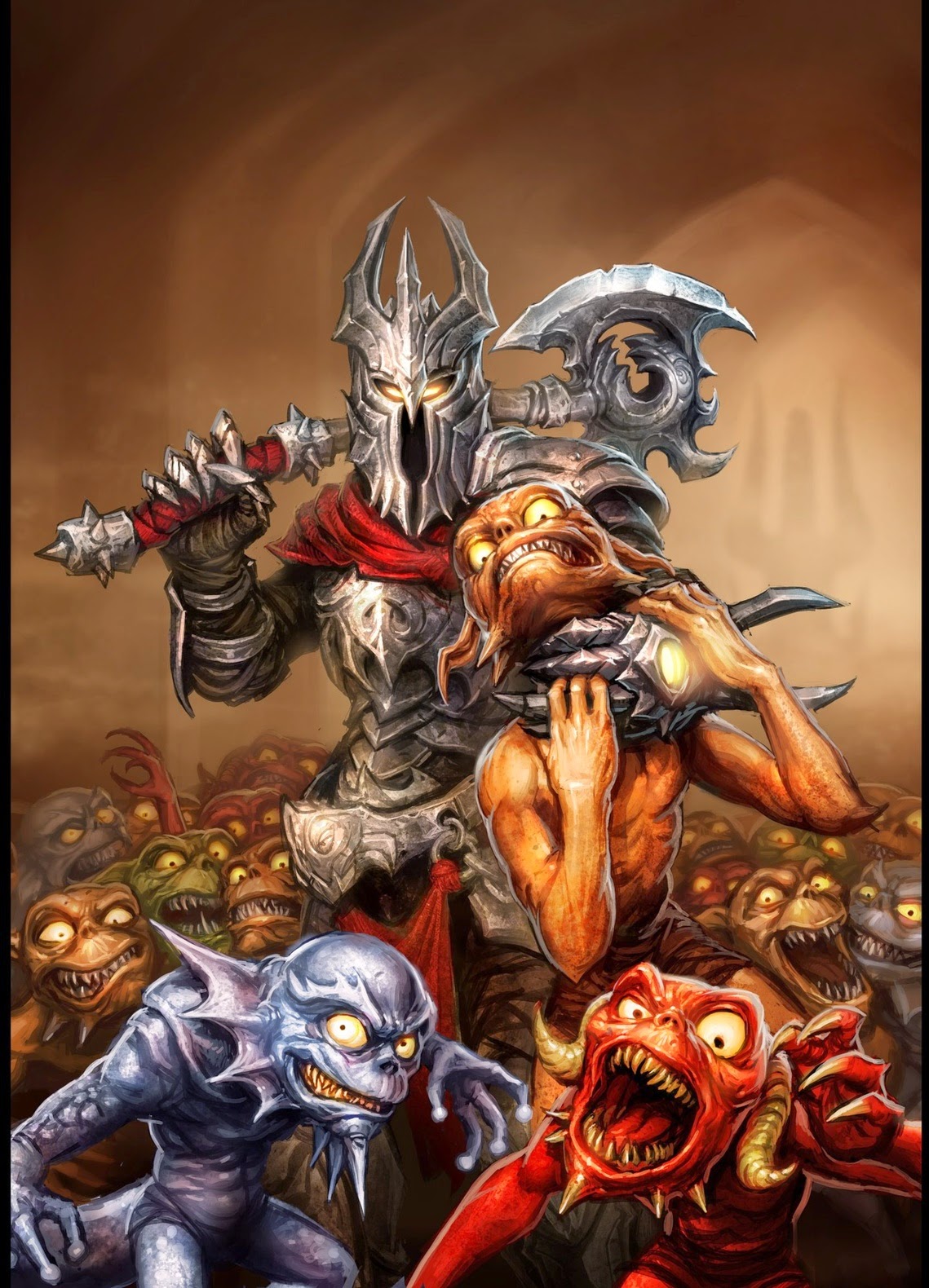 Whether you consider yourself "old school" or you play a "new school" set of rules, one of the hallmarks of high fantasy is wading into a large group of opponents, swords swinging and spells a-blazing in order to cut a swath to the big bad. Whether you call them Mooks, Lackeys, Flunkies, or Henchmen, in D&D 4th Edition they were given a specific mechanic and called Minions.

Oddly enough, Minions were somewhat controversial because the simulationist crowd couldn't wrap their heads around a person or creature that may be "Level 4" but still only have 1 HP. Don't Hit Points represent wounds and hardiness? Do Minions die constantly because they stub their toes?

No, of course not. Hit Points are nothing more than a combat pacing mechanic. And if you want you PCs to plow through dozens, if not hundreds, of grunts like Gimli and Legolas in the Lord of the Ring what better way than to use the Minion mechanic?

Why not use a bunch of low hit point creatures instead? 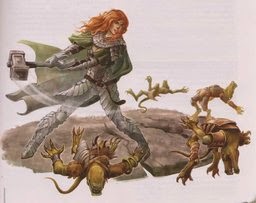 In a word, tracking.

Tracking hit points for dozens of opponents unnecessarily slows the game. If the PCs have a bad damage roll and hit for only a few points, do  you really want to keep track of Orc #14 with 3 HP left?  No, it slows the game down and it does nothing but create more work for the DM. Better to just drop him in 1 hit regardless of the damage amount done.

This is actually a fun mechanic if you are into a sword and sorcery style game where you expect to go up against dozens of the bad guy's lackeys. You are Conan, or Xena, or William Wallace. Stab a dude in the face and move on to the next one.

So if you're such a big fan of the mechanic, why change it?

During the course of a 3 year campaign in 4th Edition, I found one issue with Minions that sometimes made them disappointing in play. 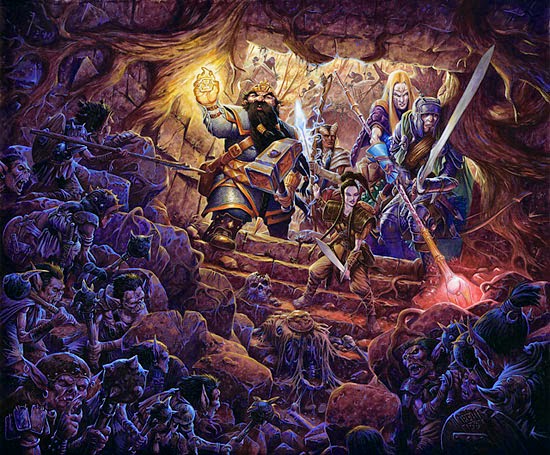 I mean, they're meant to be fragile, but this fragility combined with the player's meta-gaming meant that Minions were just taking up space on the initiative charts. Basically, I'd add a group of Minions and they'd pretty much do nothing but die horribly. While that is technically their job description, the other intent of the Minion mechanic is to provide additional hindrance to the PCs. They act as encounter power and healing surge drains. Their goal is to make PC hit point management important in the lead up to the boss battle.

But often they weren't doing that job... so I made some on the fly alterations that I am considering porting into 5th Edition or my own OSR game, 1st Adventures. The idea is pretty simple... It takes two hits (instead of one) to put down a Minion. The first hit "bloodies" the Minion (in 4th Edition parlance), and the second hit kills regardless of the total damage done. You still don't have to track hit points (just mark the Minion mini [or on paper] with a bloodied marker after the first hit). I later adjusted the mechanic such that if the PCs did more than a certain amount of damage on the first hit (such as 10 points or more), the Minion would still go down. This means you don't rob the player's satisfaction from a great damage roll or critical hit.

This really made a group of Minions something to be feared. I still used 1 hit Minions from time to time, but as soon as my players started to get too comfortable in the metagame ("Oh, just hit that group with a 5 hp AOE attack and they'll all go down."), I'd pull out the two hit Lackeys and the players would get suddenly quiet when their AOE attacks didn't down a large group of foes. It made them sit up and take notice that not everything is as they expect.

In addition, rather than having to track damage for a bunch of low HP grunts, I only had to track whether they had been hit at all. The elimination of hit point tracking makes the mechanic really shine as a fun, easy way to throw a huge group of mooks at the PCs.

Whether you are playing 4th Edition, 5th Edition, AD&D or some OSR variant, consider adding this monster mechanic to your game. You might be surprised at how fun and easy (and even dangerous) 2-Hit Lackeys can be.
Posted by Raging Owlbear at 1:15 AM