I was reading an interview recently that the "race as class" design aesthetics of the original Basic Sets came from the idea that the reader already has a stereotypical "Elf" or "Dwarf" in mind when they think of those fantasy races. It was a conscious choice by the game designers to codify that stereotype into a combined race and class in order get the player into the mindset of that PC from the moment they pick up the attribute dice to roll their character. 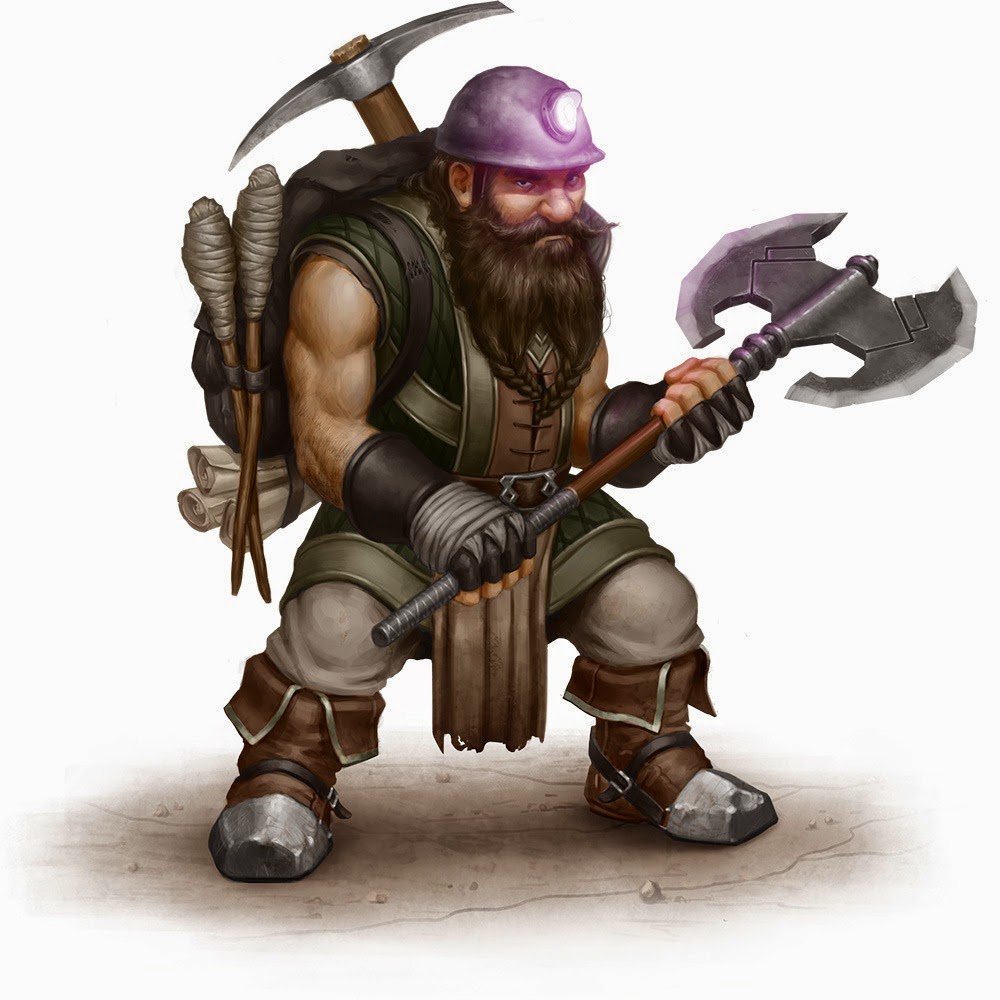 "I'm a Dwarf -- short, burly, and I like hitting things with my ax."
"I'm an Elf -- a lithe creature of the forest with innate magic."

Having come from an AD&D background, I was never a fan of the race-as-class idea in Basic, but reading this blurb recently made that design choice much more understandable to me, especially as I thought of the role non-human races would play in 1st Adventures.

For the base classes, I knew I wanted to go with the core four - Fighter, Cleric, Rogue, and Wizard.. However, I wanted the non-human races to feel a bit different mechanically, and the race-as-class ethos was looking more attractive.

But I couldn't bring myself to do it. I desired for some class variation in the non-human classes, but I didn't want them to be just short or lithe Human Fighters or Rogues. So I struck a middle ground and designed some custom classes for Dwarfs, Elves and Halflings. 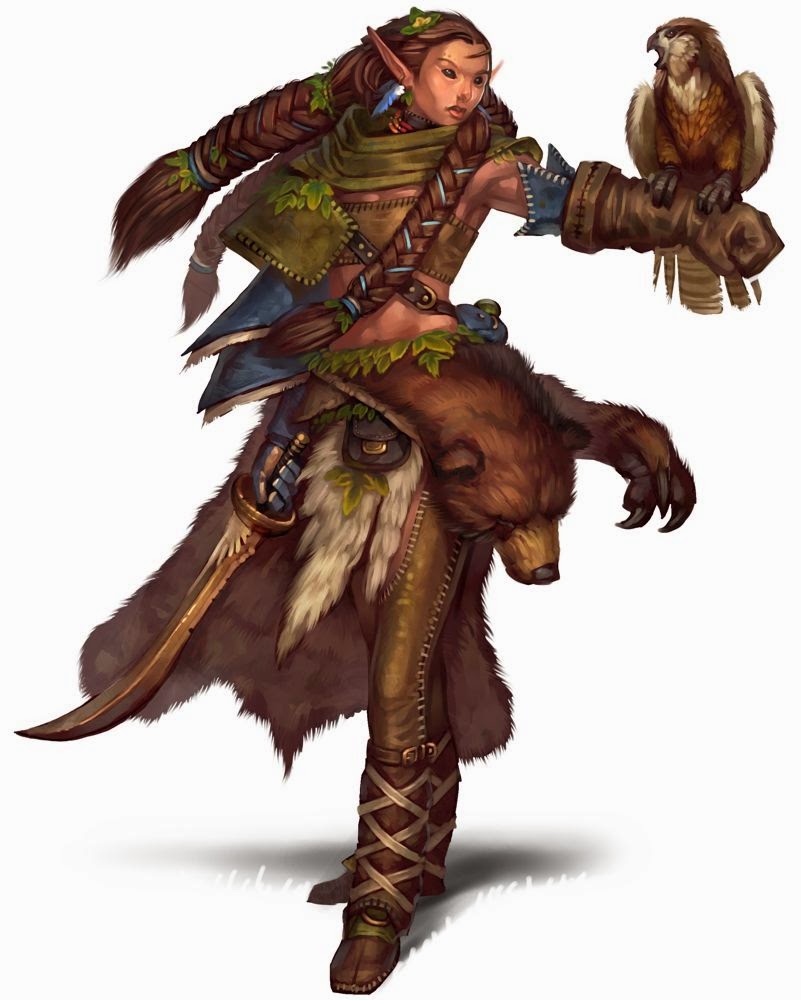 I considered, "What might a Martial class look like for each of these races? What about an Arcane class? Or Divine caster?" I wanted to build classes that fit in with the culture I imagined for each of those races. They will have their own different flavors, but just like the stereotypical "Elf" or "Dwarf" class, these classes will feel familiar to the player. They should read the class description and think "I get this. I understand how these classes fit within the culture of this race."

I will preview my non-human class ideas over the coming days to get some feedback from the community... but I will give a glimpse:

Posted by Raging Owlbear at 7:50 AM