GM 101: Why is Session Zero Important?

I often see the question “What is Session Zero?” on social media… or if they haven’t heard of “Session 0” before, one might see a complaint like “I wanted a wilderness-savvy ranger traveling between settlements and exploring the frontier, but everything in our campaign is in this giant capital city. I never get to use my character’s [insert favored class abilities here] and feel less than useful in the game… What can I do?”

[ UPDATE: I also talk a bit more about Session 0 in my video blog here: https://youtu.be/q2cOMVfdJoU ] 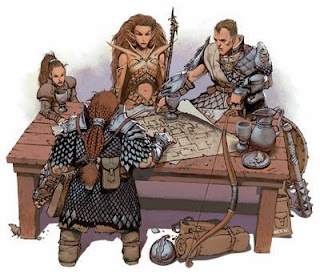 
Session 0 is about setting expectations. It provides a way for the GM to outline what the campaign is about, give a rough sketch of setting details, what races, classes or other options are available (or if any do not exist or have some caveat) and any other details pertinent to to the players prior to character creation.

It also serves as a place to come to an agreement about the game. Remember that D&D and similar RPGs are a shared storytelling experience. It is not wholly up to the GM to dictate everything about the game, unless the players are fine with being passive about the game world particulars.

If the players all want kick-in-the-door dungeon crawling, and the GM is running a heavy role-playing court intrigue game with social conflict rules, chances are that game isn’t going to last long. Similarly, if players are looking for a sandbox wilderness hex crawl, and the GM is running “everything happens in the city” game, the Ranger is not going to be happy she is not getting to use any wilderness skills. Having that conversation before you begin play will prevent these kinds of expectation mismatches from occurring. Session 0 makes sure everyone is on the same page.


Session 0 also allows the characters to make characters that will be compatible with one another. We’ve all seen too many campaigns where the Lawful Good Paladin is at odds with some Chaotic “Neutral” Murderhobo in the party. Unless the players are extraordinarily mature about it, it will often devolve into in-game conflict that kills the fun for everyone at the table. Why would those two even be adventuring together?

Just don’t do that. Trust me in that it will hurt the campaign in the long run. Eventually some shenanigans will ensue, and somebody will get pissed. Come up with a reason the party is adventuring together. What common background might they share? How do they know each other? Why do the like each other and trust one another with their lives?

I've read one background-building activity where the GM picked out an array of Magic: The Gathering cards with intricate or interesting artwork. Each player then gets dealt 3 cards randomly from the stack. You must pair a card with the player to the right, to the left, and one across the table from you and make up a shared story about the PC relationship involving some aspect of the artwork or card name. It's a fun and creative way for players to intertwine their PC backstories.


In a recent blog post, an online buddy noted that he didn’t think there could be a more boring session of D&D where everyone just sits around and makes characters together while the GM blathers world-building history at everyone, especially for people whose gaming time is constrained by other life pressures.

I couldn’t agree more. Session 0 is not a place where the players sit passively absorbing pages upon pages of a GM prattlings from their 100 page world-building notes. It also shouldn’t be just making characters, especially when game time is a limited resource (isn’t it always?). People can make characters at home on their own, especially with point-buy where an attribute roll witness is not required. 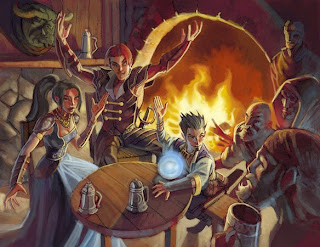 Session 0 also doesn’t have to be a literal “session” where everyone is at the table. It could be a discussion on the Facebook group for your home game, or Obsidian Portal, or Google Hangouts, or even email… as long as it includes not just details from the GM, but also discussion amongst the players about who wants to take which roles and what backgrounds so that there won’t be a heavy skill overlap in one area, with very few skills in another… and everything else I’ve already mentioned.

If you do decide to have an in-person Session 0, make it fun. Involve the players in the setting lore by using a brainstorming session to incorporate their ideas, or play a group world building RPG. There are actually world building/storytelling RPGs where the players don’t have PCs, per se. They instead make up details about the game world as part of the game itself. The GM can use the “output” of these group story RPGs as the game setting. There are world building games that span the whole world and cosmos (gods, planes, mythology, etc), and others that zoom into just local kingdom (who are the regional nobles, what village do the characters come from, who are local NPCs, etc). If all the players have some input into the setting in which their PCs live and breathe, you are more likely to have their mental investment in the setting.


Session 0 is so much more than just character creation and long winded GM ramblings about the 3rd cousin of the current Duke. If you are the GM, don’t just tell the players all your pre-defined nooks and crannies. Find a way to add the player’s world building ideas into your game. Get them hooked into the lore even before they have even picked a race and class. Make sure your game expectations align with those of your players, or you increase the odds of the campaign falling apart pre-maturely.

Have any additional thoughts, ideas, or fun activities for Session 0? Put them in the comments below!
Posted by Raging Owlbear at 3:31 PM