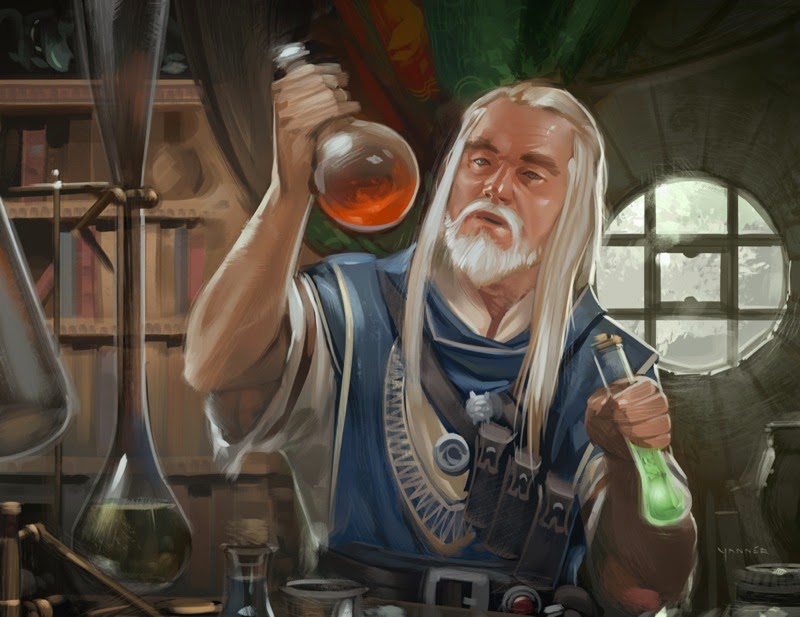 The D&D 5th Edition Dungeon Master's Guide will no doubt include all kinds of information on developing NPC's for a campaign... However, November is still a ways off and there are many of us currently playing a version of 5th Edition based on the most recent play test packets. If you haven't worked out your own house-rule mechanics for NPCs in D&D 5th Edition, I offer the following suggestions.


NPCs through the Ages


Looking back at the history of D&D, there have been numerous ways the game has handled NPC classes. In the early days of AD&D, NPCs were considered "0-level" characters. In 3rd Edition, D&D added some complexity by creating classes such as "Commoner", "Expert", "Adept", etc. This allowed NPCs to gain additional levels, hip points and skill ranks. D&D 4th Edition treated NPCs more like monsters from the Monster Manual. Pick a level, set attributes and defenses and pick At-Will, Encounter and Daily powers. In essence, 4e NPCs were somewhat equivalent to PCs except with limited number of A/E/D powers.

In keeping with the "simpler is better" (some might say "old school") philosophy, I've worked on some NPC rules and guidelines that are close to their AD&D ancestors.

From the AD&D 2nd Edition Player's Handbook:
The teamster or chambermaid may be exceptionally skilled and competent, but for them this is not measured in character classes. There is no such thing as a teamster or chambermaid class, any more than there are merchant, sailor, prince, blacksmith, hermit, navigator, tinker, beggar, gypsy, or clerk classes. These are the things people do, not all encompassing descriptions.

From a 5e perspective, it makes sense to have a single NPC class. The differences between a "commoner" or "aristocrat" can be handled through Background and Traits, which naturally brings me to...


From the AD&D 2nd Edition Player's Handbook:
At best, a 0-level character will have one weapon proficiency, if that character's profession reasonably allows for it. For example, a blacksmith could be proficient with a war hammer and an innkeeper might be allowed skill with a club (the axe handle under the bar...), but there's little chance a clerk is going to be skilled with any type of weapon. In non-weapon proficiencies, 0-level characters have as many as are needed (and reasonable) given their profession and age.

This seems like a good rule of thumb for NPCs in 5th Edition as well. Backgrounds appear to be the perfect way to modify what professional skills the NPC gets "proficiency" in (recall that proficiency checks are taken at a disadvantage if there is no trained skill). I am using the Artisan and Commoner background as a guide, but adding a little more depth than what is presented in the play test packet (More. An NPC gets to choose a  single simple melee weapon proficiency, but may be granted addition weapon proficiencies based on the background.

For simplicity, I'll give NPCs a +1 proficiency bonus for non-combat checks. For the purpose of combat, their weapon proficiency bonus is +0. If this seems odd to differentiate, one can make it +0 or +1 across the board. My thought is that because they are not adventurers, they would only gain a bonus for non-combat skills. They would not have disadvantage for the chosen melee weapon. 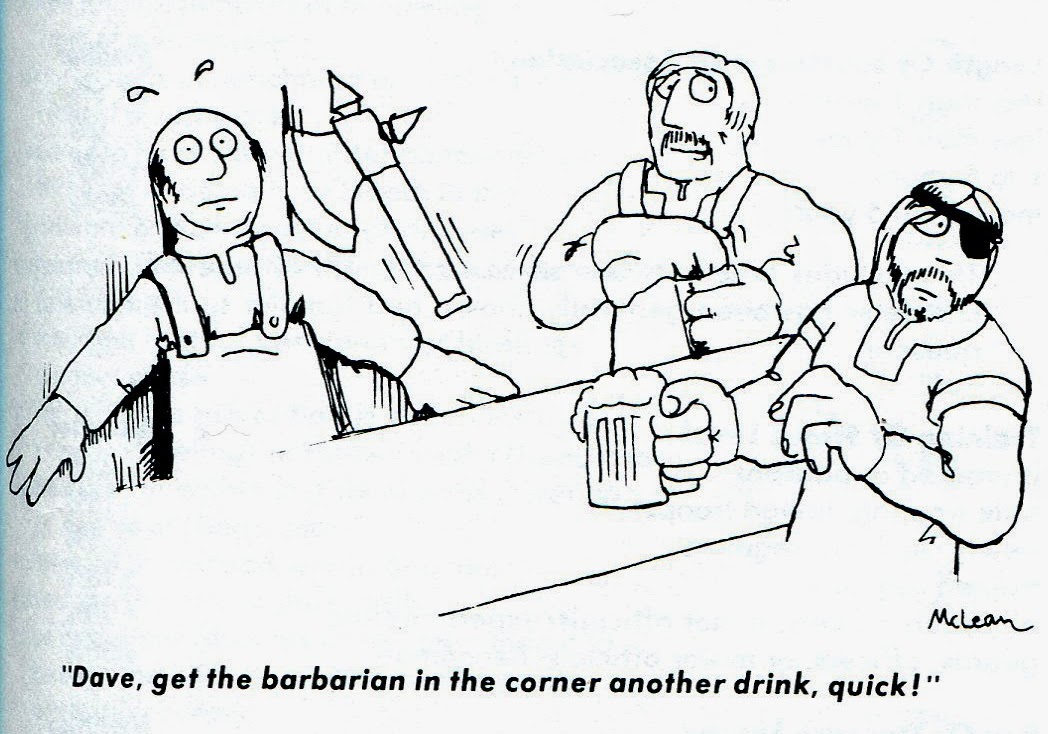 The number of Trade Lore skills is potentially pretty vast, but mechanically, that list has little real impact on game-play outside of specialized circumstances. I intend on letting my players have a Trade Lore skill or two (as a freebie in addition to their regular skills) for whatever former lives their PCs lead to add a little more flavor to the game. I've been using the 2nd Edition non-weapon proficiency list as inspiration.


The lowest hit die type for classes in the most recent play test is a d6 for Rogues and Mages.With that in mind, I submit that the d4 would be a good hit die for NPCs. They would get the hit point bonus for a high constitution (if you stat out the particular NPC). Also, for the purpose of variation, I would roll the d4 to give them their starting hit points, rather than automatically giving them the max (4). The 2nd Edition PHB suggests altering the hit point spread based on the type of work the NPC performs. Soldiers and laborer would get d8, Craftsmen d6 and Scholars d3. However, AD&D did not generally stat out NPCs fully. With 5e, if you need that level of detail, you can always adjust strength or constitution to model a man-at-arms vs.a sage rather than explicity changing the hit die type.


For levels, I'm sticking with the AD&D ideals. The common man is 0-level. Adventurers get additional hit points because they are the heroes in the story. If you wanted to add levels without having a ridiculous amount of commer hit point inflation, a simple +1 HP per level can give you the flexibility of a "hardier" commoner while not creating an unclassed NPC that has signficantly more hit points than your PCs. Classed NPC would be treated normally (with all the hit points and other benefits granted by being a 5th Level Figher, for example).

That's what I've got so far. I may tweak down the road, but I think this will likely mesh well with how the official rules treat NPCs. It's possible I will throw all this out come November when the DM Guide is released, but if it ends up working well, this may just become my way of handling NPC.

Let me know your thoughts and ideas in the comments.
Posted by Raging Owlbear at 4:29 PM