UPDATE: There were several factors that I left out of the original analysis below that I covered better in my follow-up post.

The announcement of the free D&D Basic PDF and potential licensing arrangements coming in 2015 has a lot of the gaming internet wondering about the future of Open Gaming License (OGL) systems. Without getting into the particulars of the OGL or the mysterious non-announcement about licensing for 5th Edition (which would require an entirely separate post), the question has come up in the OSR community asking "How compatible will 5th Edition be with <insert OSR game>? Can I run an OSR module without conversion under 5th edition? Can I also run older AD&D modules in 5th Edition unchanged?

The answer is a definite... maybe. Possibly. It all comes down to the math.

In the Dungeon Master's Guide, there will apparently be advice on how to run 5th Edition with older edition resources, but the extent of this "conversion advice" is not clear at all. Will it just be advice on swapping stats in, or will it include hard advice on character conversion and combat math? Until we see the new DMG, we have to make some suppositions based on what has been published so far in the play test.

D&D Next designers have publicly stated that "bounded accuracy" has been a top design goal for the new edition. Essentially, any monster should be able to threaten any PC regardless of level and vice versa. In D&D terms, bounded accuracy puts upper end limits on combat to-hit bonuses as well as Armor Class. In the most recent editions, both of these grew way out of control and attack bonuses in the upper teens and ACs into the high 30s even in the "Heroic tier".  Bounded accuracy scales all this back and means that even goblins can take down a 10th level fighter. It may take a lot of them, but that warrior is no longer nigh-invulnerable.

In the following chart, I compare the relative "to hit" bonus of the Fighter class (THAC0 has been translated into its equivalent "to hit" bonus). D&D 4th Edition numbers have been left out of this comparison since 4e content would take significant alteration to play under any other edition.

(Note: the Cleric, Rogue and Wizard also have tabs in the linked spreadsheet)

In the spreadsheet above you can see, the Fighter's combat efficacy progression is relatively unchanged from AD&D through 3.x, but is adjusted significantly downward in 5th edition. Numerically, Basic Fantasy is closest to 5th edition, but at higher levels the 5th edition Fighter still has a has a significant "to-hit" deficiency [when compared across editions]. Interestingly enough, the Wizard has seen the least variance over the editions aside from 3.x. Note: In AD&D 1e, the attack bonus is not linear for negative ACs (which translate to 20+ in ascending AC). For the purpose of comparison, I used the attack bonus scale for positive ACs only. 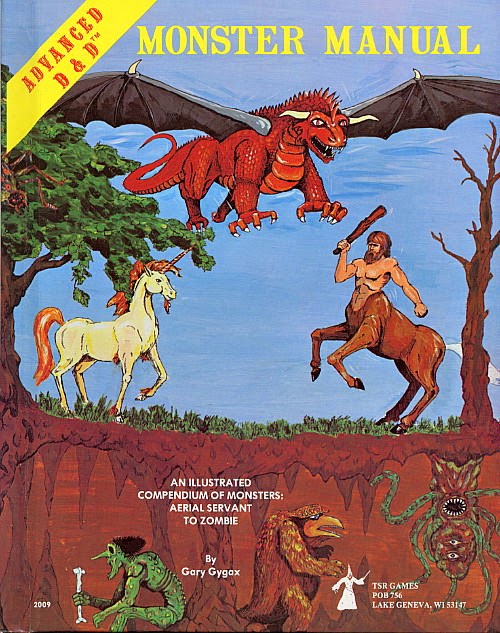 As I started researching this article, I started comparing the to-hit bonus math against the changes in Armor Class and damage levels, but as I looked at the Bestiary in the D&D Next play test packet, it seems to me that the monster math is not completely worked out yet (i.e.- Dragon armor class) so it's hard to draw definite conclusions, but there are some trends that we can identify if you look at the chart I've included below.

One trend became obvious quickly. Armor Class is way lower in the D&D Next play test (as per bounded accuracy), but hit points and damage appear to be much higher. This is truer for high level monsters than low level, but the trend seems to be consistent across the board. For conversions, this means that if you were to use AD&D or OSR monster stats directly in a 5e game, monsters will have much lower hit points and damage output. As the level of the PCs increase, this hit point and damage difference becomes more pronounced. However, the AC and the hit bonuses of AD&D monsters will go much higher as the level increases.

So, could you use old school stats directly in D&D Next?

With low level monsters, the systems appear fairly compatible with the exception that old school monsters will have fewer hit points and damage, so will likely be slightly outclassed by low level PCs. With higher level monsters, damage output and hit points will be significantly lower, but this deficiency may be made up by the higher armor class and to-hit bonuses. PCs will do more damage, but hit less often. Monsters will do less damage, but hit more often. Negative armor classes will be extremely hard to hit by a D&D Next PC even considering that a natural 20 will always hit. Given this data, it is possible that high level monsters may still be fairly compatible due to those balancing factors, but it will require some play testing (or heavy number crunching) to vet this out completely.

I don't have the statistics background to get into the hard math, so if there are any statistic wonks who wants to try to deconstruct what I've laid out so far, please add your comments!

OMFG - what is wrong with you people? I was just putting out a simple post to try to share some of the base numbers to say "Hey, can we use all our old modules in our 5e game?"

This isn't a value judgement on 5e. It's just a hope that it won't be difficult for GM's to use old content (or new OSR content). In the many helpful Google+ discussions I've had with others, the consensus is that while the numbers are not perfect (5e PCs are generally more powerful than their earlier counterparts due to damage and HP), that conversions are still relatively easy even if you can't quite use the stat blocks "as is".

This is the nice, helpful conversation about the game I was trying to start. Browsing the ENWorld forum made me want to place forks through my eyeballs... so thank you for that.

PPS -- Ok, not all of the ENWorld posters were like that (and I thank those who were trying to add productive conversation) but for Pete's sake, the rest of you try to be constructive with criticism instead of being... the Internet.

PPPS -- Several posters on the forum have actually been quite nice in my defense and I would like to say to them that their measured posts means I do not believe ENWorld is a wretched hive of scum and villainy.  (copious smileys)

PPPPS -- How many P's are legal?  Anyway, apologies have been offered and accepted and, to be fair, ENWorld (and possibly the debate) drove a lot of traffic my way, so "woot" for that.